BOOM Studios has a habit of releasing teasers for upcoming titles that consist of nothing more than a piece of art. This one – a heavily redacted newspaper clipping with the headline MEN HAVE LANDED AND WALKED ON THE MOON – appears to be a real killer. Check it out after the jump. 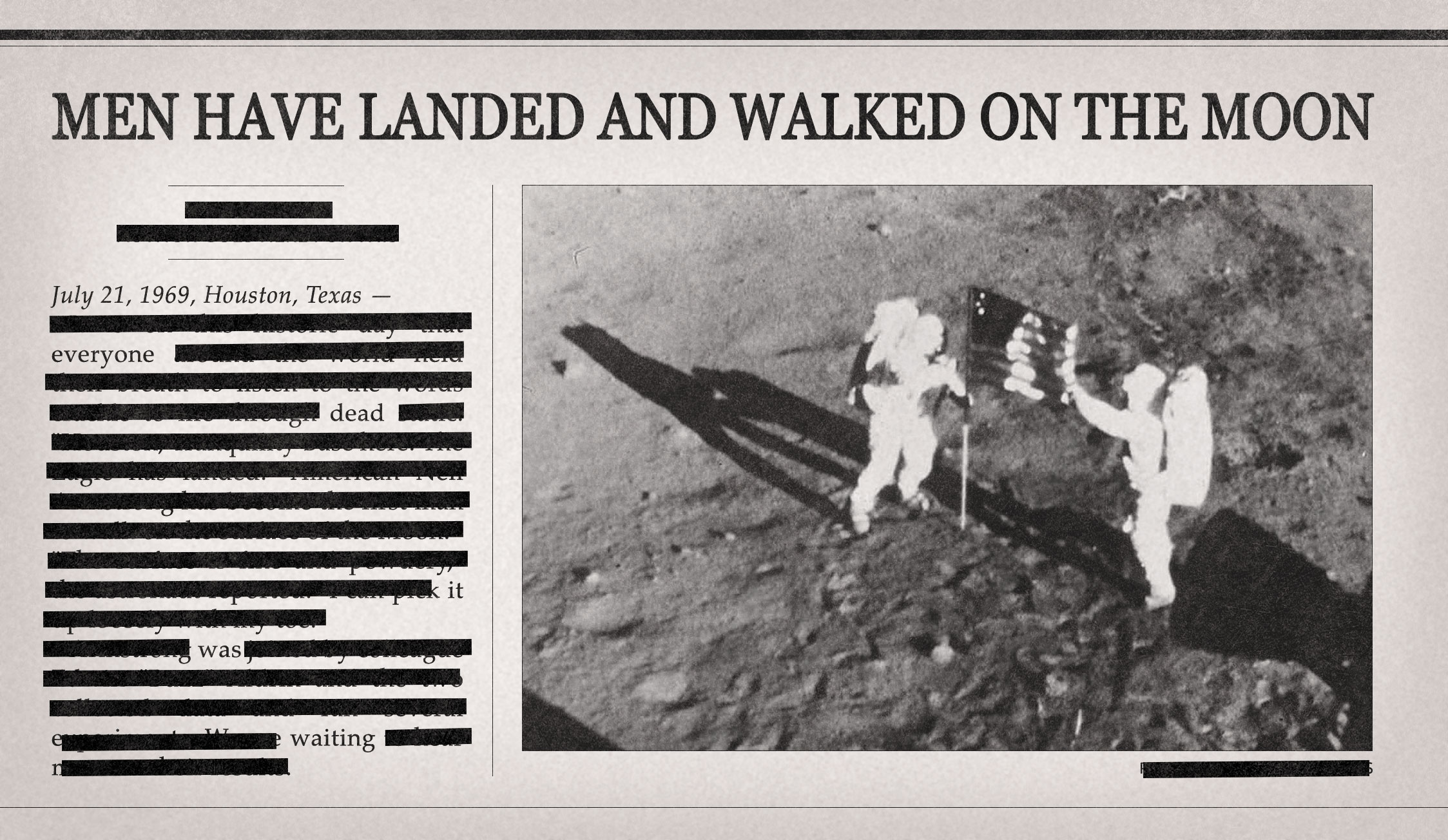