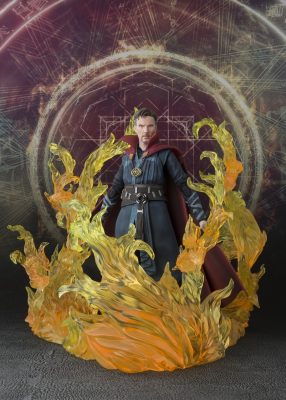 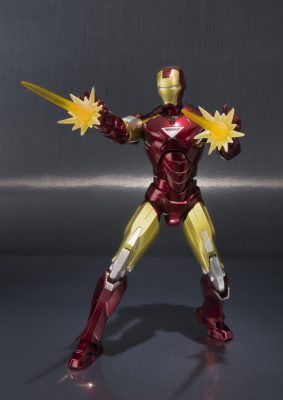 Extraordinary S.H.Figuarts Iron Man Mark VI Action Figure Debuts In April For U.S Market And Will Be Followed By The June Release Of Doctor Strange With An Exclusive Burning Flame Effect Accessory Available Only From Bluefin!

Scheduled for a June 2017 release in the U.S., the 1/12-scale Doctor Strange set includes a uniquely colored burning flame effect that will be available exclusively from Bluefin. The fully poseable recreation of the superhero sorcerer features the lifelike facial expressions of Benedict Cumberbatch, which are replicated with superb detail utilizing Tamashii Nations’ proprietary digital coloring print technology.

Both Doctor Strange and Iron Man figure sets will be available from authorized Bluefin retailers nationwide and from a variety of leading online outlets. Pre-orders are available now.