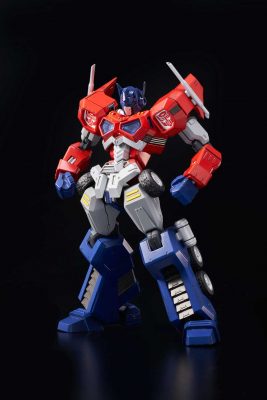 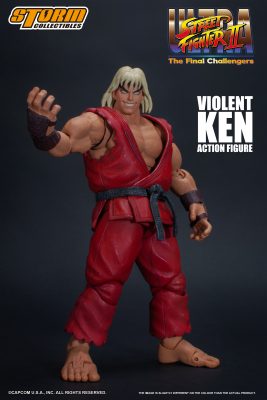 Anaheim, CA, November 14, 2018 – Bluefin, the leading North American distributor of toys, collectibles, and hobby merchandise from Japan and Asia, accents the holidays this year with highlights of a variety of unique collectibles that will make ideal gifts for that special fan or collection.

All of the following products are available from authorized Bluefin retailers nationwide and also from select leading online outlets. 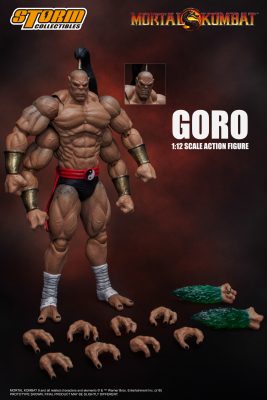 “Mortal Kombat” 1/12 Scale Goro Action Figure · MSRP $95.00
Prince Goro has brought tremendous honor to the Shokan race by serving Shao Kahn. His bloody achievements include rushed rebellions and conquered provinces. During the past 500 years, he has been celebrated for winning the last nine Mortal Kombat tournaments for Outworld. Should he defeat Earthrealm’s champion this time, he will become more than legendary. His victory is assured. There are none in the Earthrealm who can withstand the might of Goro! The figure features: 4 complete custom designed arms that are interchangeable with Goro’s intricately detailed torso. Also includes 2 interchangeable head sculpts, 6 pairs of hands, and 2 green fireballs. 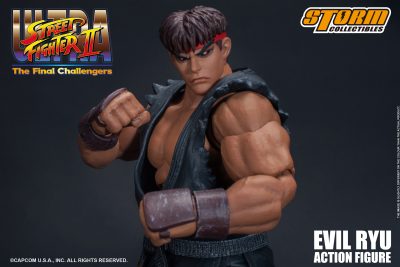 “Ultra Street Fighter II: The Final Challengers” 1/12 Scale Evil Ryu Action Figure · MSRP $75.00
Evil Ryu is an alternate form of Ryu who is heartless, mad, uncontrollable and nothing more than a demon! Evil Ryu enjoys absolute power and obsesses with fighting. He will defeat any fighters standing in front of him with no empathy or respect. Figure includes 4 Interchanging Evil Ryu Head-Sculpts, 4 Pairs of Hands, and an attachable Hadoken Effect and Stand.

“Ultra Street Fighter II: The Final Challengers” 1/12 Scale Violent Ken Action Figure · MSRP $75.00
Also known as Brainwashed Ken, M. Bison over-powered and brainwashed Ken with Psycho Power. Just like Evil Ryu, Violent Ken is obsessed with power and fighting and shows no empathy for others. Violent Ken shows up the first time as a main character in Ultra Street Fighter II: The Final Challengers. Since then, he becomes the perfect rival in game with Evil Ryu. Figure includes a newly designed and developed Violent Ken torso as well as 4 interchangeable Violent Ken Head-Sculpts, 4 Pairs of Hands, as well as a Hadoken Effect and Stand and a Shoryuken Effect accessory.

“Transformers” Optimus Prime (Attack Mode) Furai Model Kit · MSRP $36.00
This unique (non-transforming) rendering of the stoic leader of the heroic Autobots as he is featured in the hit IDW comic series is the first in a series of Transformers model kits forthcoming form Flame Toys and was designed by the famous 3D modelling company, TRGGER. The figure stands 6 inches tall and features more than 40 articulated joints that provide for maximum poseability. Constructed with high quality multi-colored ABS plastic parts, Optimus Prime features an innovative design that allows for simple snap-together assembly by model builders of all skill levels.

This updated and optimized Starscream features easy snap-together construction and has excellent articulation with over 40 movable joints, permitting a wide range of posing options. The Starscream model is ideal for model kit beginners but is also well-suited to experienced builders. 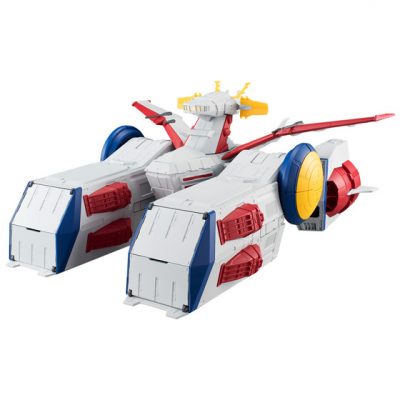 Bandai Shokugan Gundam Converge White Base · MSRP: $300.00
From the Premium Bandai brand comes this stunning new product from the Gundam Converge series – the White Base – the mobile suit carrier deployed by the Earth Federation from the Gundam Universal Century timeline. Featuring an impressive size, this Premium Bandai version comes with 3 converge size figures from “Operation V,” Gundam, Gun Cannon and Guntank – which can be stored insider the White Base’s catapult deck. The figures also have special imprint, “WB.” 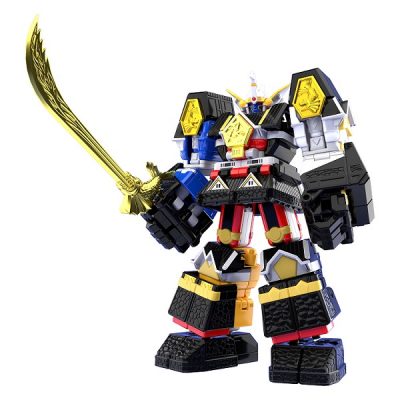 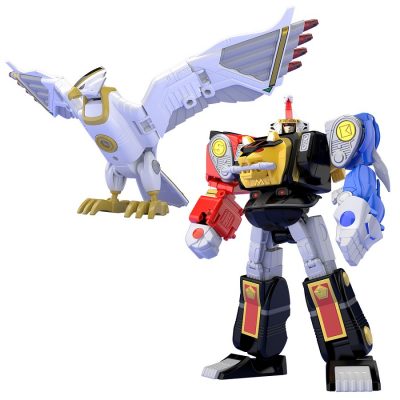 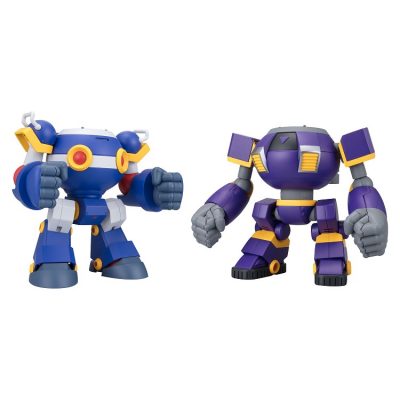 Bandai Shokugan Kingdom Hearts Key Blade Collection · MSRP $10.00 each
A collection of all die-cast renderings of the iconic weapons from the Kingdom Hearts anime series. The collection features Key Blade products of the Kingdom Key, Three Wishes, Crabclaw, Oathkeeper, Oblivion and the Ultima Weapon. Each item is in a blind purchase box. A perfect Holiday item in anticipation of the release of new Square Enix video game, Kingdom Hearts III, slated for release in January 2019.

About Bluefin
Bluefin has built its reputation as a leading master and channel distributor of Japanese toys, collectibles, novelty and hobby products. In recent years, Bluefin has grown to include a range of high quality collectible lines from Asia and has established itself as the official North American consumer products and retail development partner for Studio Ghibli. Selling to thousands of specialty, chain and independent stores, Bluefin is an official North American distributor for Bandai Spirits Hobby, Bandai Shokugan, and Storm Collectibles, and is the sole provider of Bandai Tamashii Nations products in North America. The company is also the exclusive and official distributor for Mr. Hobby, SEN-TI-NEL and Flame Toys. Additional information is available at: https://bluefinbrands.com/