March 9th, 2012 was the release date for the Playstation 3/Xbox 360 video game Blades of Time. It is an action/fighting game that features the main character Ayumi who is a treasure hunter and finds herself alone on an island. Ayumi carries guns and swords to help protect herself as she comes across many challenges and villians. More details from the press release after the jump:

EL SEGUNDO, Calif. – March 9, 2012 – Today, Konami Digital Entertainment, Inc. announced
Blades of Time is now available in retail stores nationwide. Blades of Time is a new action title for coming to Xbox 360® video game and entertainment system from Microsoft and PlayStation®3 computer entertainment system. Developed by Gaijin Entertainment,  Blades of Time takes the “hack and slash” genre and flips it on its side by bringing in a revolutionary game mechanic called “Time Rewind,”  which allows players to clone themselves and travel back in time to attack enemies and solve puzzles.  Add to this a beautiful heroine, and you’ve got one of the most fun and high-energy games to come along in some time.

In Blades of Time, players don the persona of the gorgeous treasure hunter, Ayumi. Deadly with both guns and swords,  Ayumi finds herself in a remote land of lush trees and majestic landscapes. On the hunt for treasure, she quickly learns that she’s not alone on this island. Armed with her dual katanas and arsenal of rifles, she’ll do battle with gargoyles, monsters and various sinister forces to uncover the secrets of this dangerous place. As carves a path of destruction through Dragonland, she accumulates more powers and better weaponry that make for a thrilling and rewarding game experience. 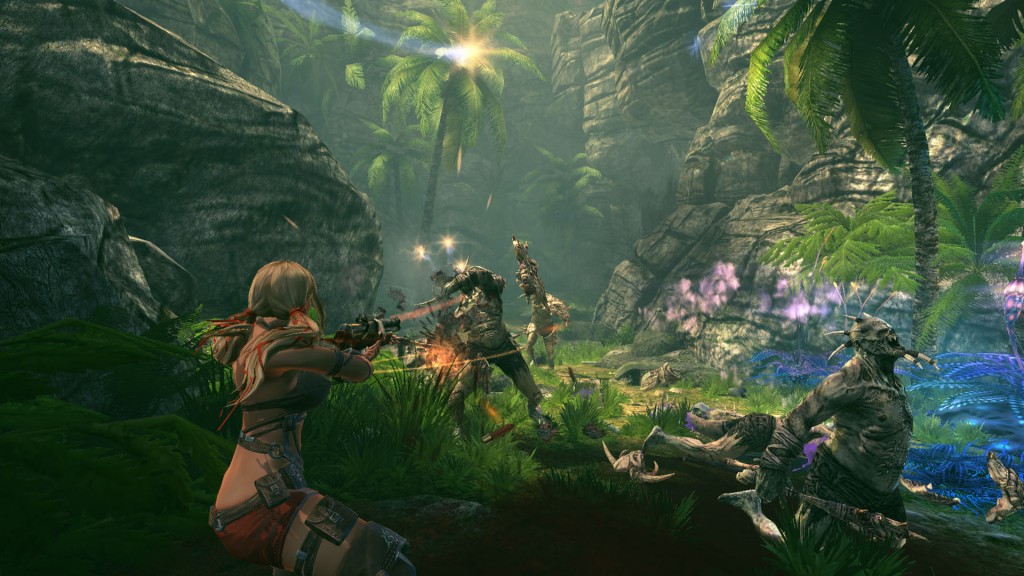 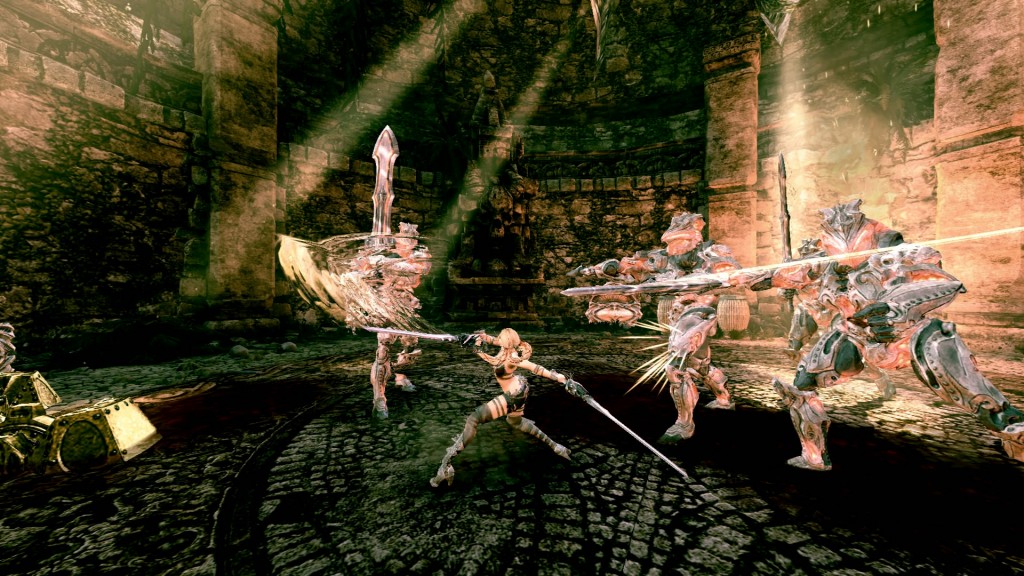 KEY FEATURES:
• Richly entertaining characters. From the young yet tough Ayumi to her wise and battle worn mentor Zero and more, this character-driven story has a unique charm, banter and mystery all to its own.
• Lushly designed environments. Experience huge and beautifully realized game locations, including snowy lands, jungles, ancients cities, temples and sky islands.
• Deep combat system. Unlock 40+ sets of skills, including melee, tactics, combos, as well as the powerful Order and Chaos forms of magic to defeat your foes.
• Special moves change up gameplay.
-Time Rewind allows Ayumi to turn back time and produce a clone of herself to help solve puzzles, tackle hordes of enemies, and more.
-All new Dash ability means Ayumi can close the distance between herself and her enemy prey almost instantly, as well as travel quickly using environmental features.
• Play with a friend. Play co-op or versus in a special multiplayer mode.
Blades of Time is rated M or Mature by the ESRB and is available on XBOX 360 and PlayStation 3 for the SRP of $39.99. For more information, including screenshots and the latest trailer, please visit: http://konami.com/games/bladesoftime/ 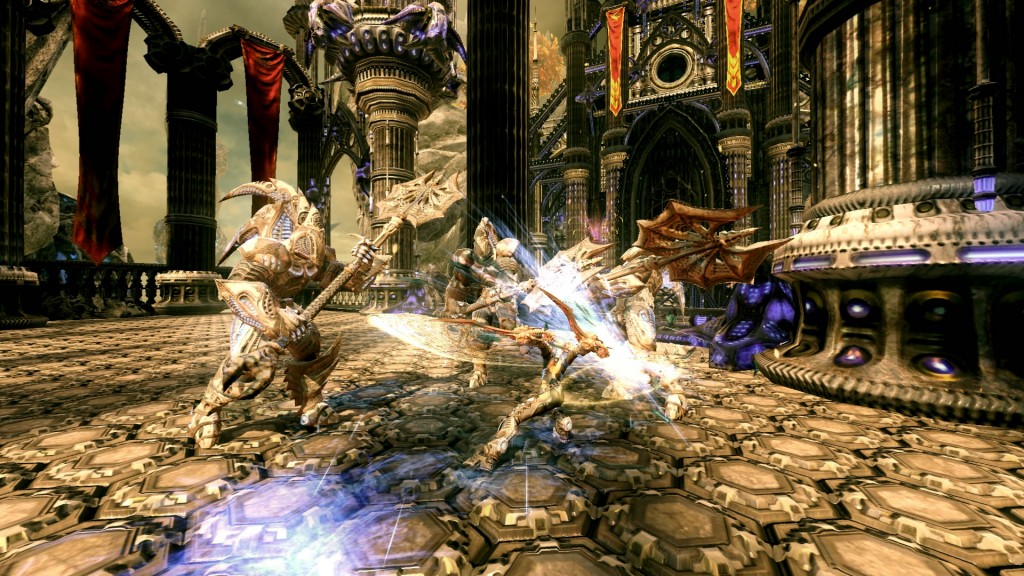 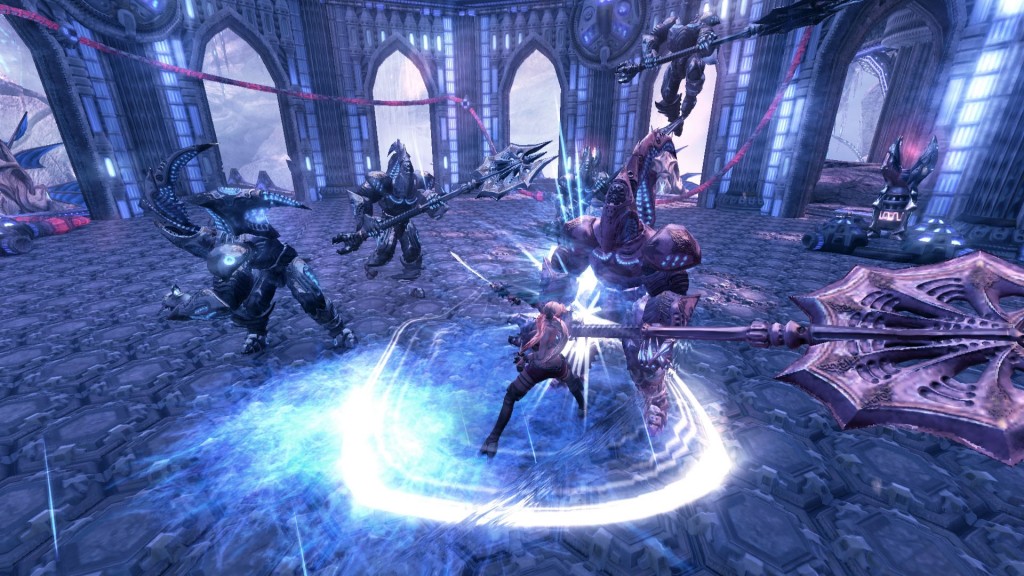 About Gaijin Entetainment
Gaijin Entertainment is a fast growing game development company established in 2002. Gaijin team specializes in creation of games for various platforms (PS3/Xbox 360/iOS/PC) but it also gives much attention to technology-related research work which provides attraction and applicability to the company’s solutions in changeable IT market conditions. At the moment Gaijin team is represented by six departments and over sixty highly qualified employees. The company’s projects have received a range of mass media and game industry awards including several KRI Awards as “Best simulation game”, “Best technology”, “Best sound” and many more.

The demo for Blades Of Time is available for FREE on XBox Live and the Playstation Network. I highly recommend downloading the demo if you enjoy action/fighting games.

One thought on “Blades Of Time demo Now available”