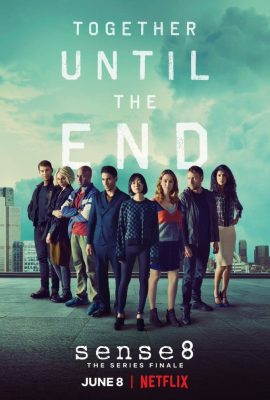 TOGETHER UNTIL THE END

The cluster comes together for one final mission in hopes that love conquers all, as the trailer for the Sense8 series finale reveals, released today via Twitter. And it’s giving fans all the feels.

About the finale: Personal lives are pushed aside as the cluster, their sidekicks, and some unexpected allies band together for a rescue mission and BPO take-down in order to protect the future of all Sensates.

The Sense8 series finale launches globally on June 8, only on Netflix.

You can screen both seasons of Sensate at Netflix.com/Sense8.