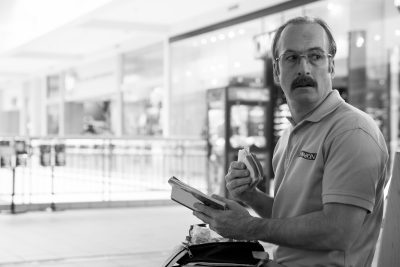 The third season premiere of Better Call Saul (AMC, Mondays, 10/9C) opens with a cliffhanger involving Cinnabon manager Gene. How’s that for a change up?

The black and white teaser for ‘Mabel’ sees Gene/Saul/Jimmy (Bob Odenkirk) putting in a full morning at his store before taking an eventful lunch break. Then we’re back to brother Chuck’s (Michael McKean) house where – even after learning that Chuck had taped his confession about a sneaky trick that got his girlfriend Kim Wexler (Rhea Seahorn) a juicy client – he’s helping his brother return the house to normal (i.e. no aluminum foil on the walls).

For a brief moment, they share some fond memories before Chuck snaps back to being an assh*le, and reminding Jimmy that he’ll pay for what he’s done – though when he plays the tape for Howard,  Howard (Patrick Fabian) points out the tape is useless in a court of law and in the court of public opinion. 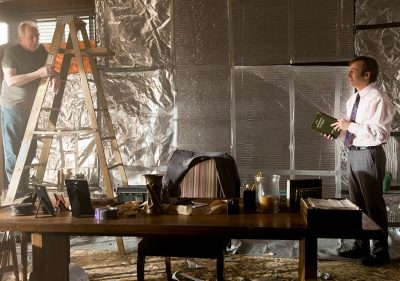 Meanwhile, Mike (Jonathan Banks) is trying to figure out how anyone could have known why he was in the desert – which leads to his taking his station wagon apart (and I do mean apart). In this, as in everything he does, Mike is thorough and efficient.

Other events that have repercussions include the appearance of an Air Force captain (Brendan Fehr); some interior design and Kim getting a bad feeling while meeting with Paige (Cara Pifko) from Mesa Verde Bank & Trust.

Written by Vince Gilligan & Peter Gould and directed by Gilligan, Mabel maintains the very deliberate pace that BCS has settled into. Gilligan and Gould continue to set up Jimmy’s evolution to Saul through tiny character moments that are amplified by the show’s pace and careful attention to detail. 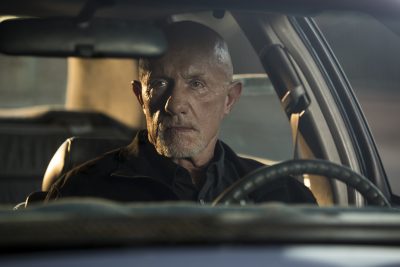 We watch as Chuck’s jealousy of Jimmy – when it should be the other way around (Jimmy being a cleverer and more resourceful guy than Chuck in most ways, but Chuck having the huge success) – never allows more a few minutes of anything resembling brotherly affection before snapping back to being a dick.

We watch as Mike figures out exactly what happened in the desert and takes ingenious steps to learn more. Jimmy might be resourceful, but Mike is a resource in and of himself.

Cracks are appearing in Jimmy’s relationship with Kim, but they are tiny and telegraphed in unique ways (redecorating for one) – an immediate consequence of which is an unexpected windfall of clients for Kim because of Jimmy’s idolizing of his brother. 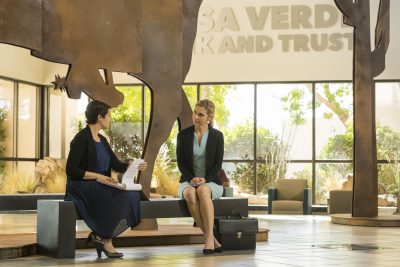 There are sequences of events that seem innocuous but have serious consequences – consequences that play out in the shorter term (see: Air Force captain – where we catch a glimpse of Saul behind Jimmy’s eyes) and the long (see: teaser cliffhanger). Each sliding just a bit more banana peel under Jimmy’s feet.

Gilligan and Gould are meticulously filling in pieces of the very large puzzle that is good guy Jimmy’s shifting into ethically questionable Saul via his use of shortcuts in the name of justice; being treating like crap by Chuck, and succumbing to small temptations.

It might take a few more seasons to make the change complete, but as season three begins, we’re beginning to see more and more of Saul in Jimmy. The changes are as incremental as Walter White’s change from Mr. Chips to Scarface – and the journey is every bit as fascinating.