Entertainment News for The Rest of Us
Michelle Alexandria
Broadway, Music, Out and About 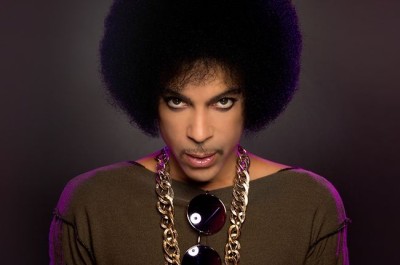 Iconic music artist and multi-talented entertainer, Prince, has announced a special RALLY 4 PEACE concert in Baltimore, Maryland scheduled for Mother’s Day, Sunday May 10th.  The show will take place at the Royal Farms Arena.  In a spirit of healing, the event is meant to be a catalyst for pause and reflection following the outpouring of violence that has gripped Baltimore and areas throughout the US.  As a symbolic message of our shared humanity and love for one another, attendees are invited to wear something gray in tribute to all those recently lost in the violence.  Prince will be joined in Baltimore by his critically acclaimed funk-rock group 3RDEYEGIRL.  Several industry superstars have called in support for the event and are expected to attend. I wonder if Prince is going to do Let’s Go Crazy.

Details surfaced last week about a protest song titled “Baltimore” Prince recently recorded in response to the civil unrest.  The song was written following the death of 25-year old Freddie Gray and is a tribute to all of the people of Baltimore.  Although the song hasn’t yet debuted, the lyrics were recently made public and as a message of reconciliation, Prince states “Peace is more than the absence of war.”   That sentiment was similarly reflected this past weekend when Prince & 3RDEYEGIRL hosted a spontaneous DANCE RALLY 4 PEACE EVENT at the icon’s Paisley Park recording complex in Chanhassen, MN.  Prince took the stage after midnight, echoing tributary sentiments to the crowd saying “RIP to those lost” and “Thanks for wearing gray.”  Fittingly, the live set ended with Prince inviting the audience into a communal chant of “Baltimore… Peace 4 ever more.”

Contrary to Prince & 3RDEYEGIRL’s recently announced HITNRUN USA tour, where shows have been announced just a few days – and sometimes hours – before they happen, those in the community of Baltimore are invited to plan ahead for this special family-friendly weekend event.

Tickets go on sale Wednesday, May 6th at 5pm local time.  A portion of the proceeds will be directed to the benefit of local Baltimore based youth charities.

Late last year, Prince released two chart-topping albums, ART OFFICIAL AGE, a solo album that debuted at #1 on the R&B chart, and PLECTRUMELECTRUM, the debut album from Prince & 3RDEYEGIRL, which debuted at #1 on the Rock chart.   Release plans for Prince’s new song, “Baltimore,” have not yet been announced.