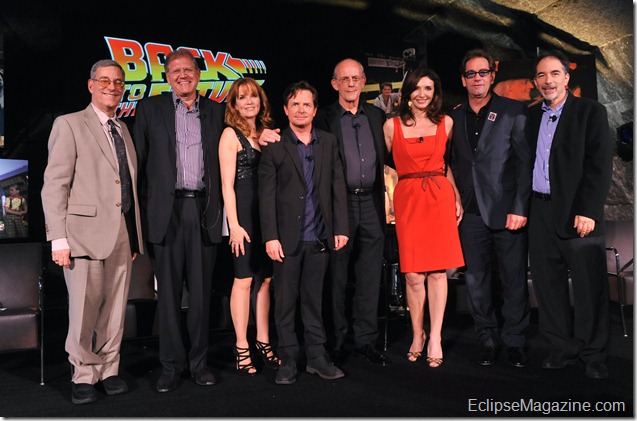 I tell you, the folks at UHV kind of screwed me on this Blu-ray release. I hate it when you work with studios all year on the smaller stuff, but the minute they have a guaranteed hit, they decide to face palm you. Next year I may ban all coverage of big releases until we’re treated with a bit more respect. I went out and bought it today, how could I not? It’s Back To The Future!  Michael J. Fox, Christopher Lloyd, Lea Thompson, Mary Steenburgen, Huey Lewis, Robert Zemeckis, Bob Gale and Neil Canton reunited to celebrate at the Back to the Future 25th Anniversary Trilogy Blu-ray & DVD party at on October 25, 2010 at Guastavino’s in New York. The evening included a Q&A with the cast and filmmakers, as well as an eight-foot DeLorean cake with red-hot flaming tracks by Chef Duff from “Ace of Cakes.” Check out the clips after the break. 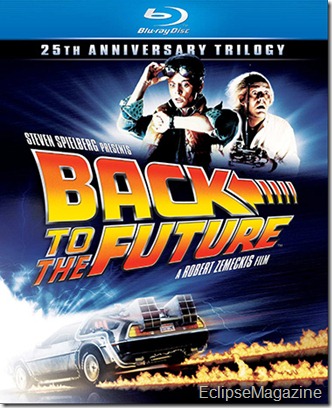 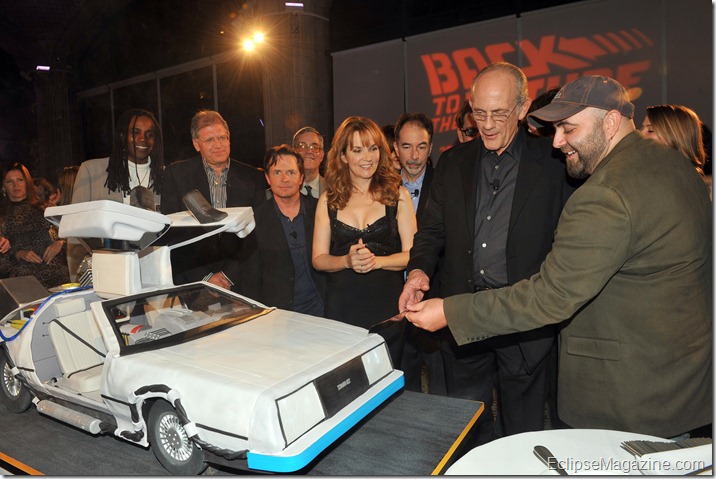 Cast Q and A (Press wasn’t Invited to this Event) 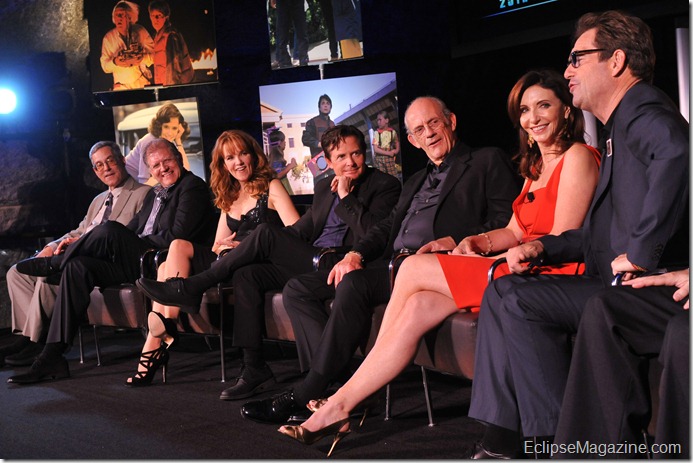