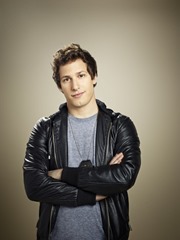 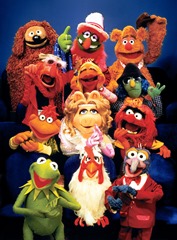 The final week of Late Night with Jimmy Fallon has been set. February 3-5 will feature themed nights of The Best of Late Night with Jimmy Fallon: iconic musical sketches (with performers such as Bruce Springsteen, Robin Thicke and and Eddie Vedder); Fallon’s Digital Originals (such as Joking Bad, Downton Sixby and The Real Housewives of Late Night), and guest comedy pieces (such as Tom Hanks’ Slam Poetry performance about Full House, and the Lip Sync battle with Joseph Gordon-Levitt and Stephen Merchant).

The final two nights of Fallon’s tenure will feature Colin Farrell, Chris Pratt and rapper 2 Chainz (performing with The roots) on the 6th, and , closing down the show, Andy Samberg and the Muppets will be Fallon’s final guests on the 7th Check out the press release, after the jump, for more details

New York, NY — January 30, 2014 — “Late Night with Jimmy Fallon” will complete its five-year run with a memorable week of episodes February 3-7, concluding with guests Andy Samberg and The Muppets on the final telecast.

New editions of “The Best of Late Night with Jimmy Fallon,” each with a specific theme, will air on February 3-5.  Monday, February 3 will focus on the show’s iconic musical sketches and include such superstar performers as Bruce Springsteen, Robin Thicke and Eddie Vedder.

Guest comedy pieces will be highlighted on the Wednesday, February 5th show.   Among the featured moments will be Tom Hanks’ Slam Poetry performance about “Full House” and the Lip Sync battle with Joseph Gordon-Levitt and Stephen Merchant.

The three nights of “The Best of Late Night with Jimmy Fallon” will also include friends of the show such as Miley Cyrus, Judd Apatow and Alec Baldwin sharing their favorite memories.

The remainder of the final week will be original telecasts.  Guests for Thursday, February 6 are Colin Farrell, Chris Pratt and hip-hop artist 2 Chainz performing with The Roots.  For Friday, February  7, which will be the last “Late Night with Jimmy Fallon” broadcast, recent Golden Globe winner Samberg and The Muppets will bid the show adieu as the final guests.

So far this season, “Late Night with Jimmy Fallon” is delivering its biggest audience in the key adult 18-49 demographic in the last three years, averaging 794,000 viewers in that age group, a 17% increase over its year-ago figure.  In total viewers, Fallon is enjoying his best season ever, averaging 2.0 million viewers for a 15% increase versus one year ago.  “Late Night” is outrating its ABC and CBS time-period competition this season in every key ratings measure – adults, men and women 18-34,18-49 and 25-54, plus total viewers – and is up versus one year ago in each of those categories.