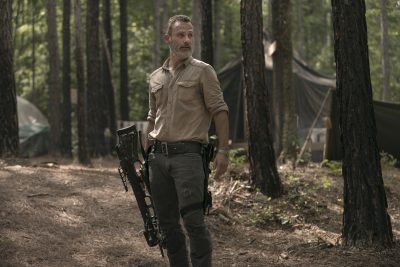 RICK’S DREAM IS THREATENED ON AN ALL-NEW EPISODE OF
AMC’S “THE WALKING DEAD” AT 9:00PM ET/PT

FOR IMMEDIATE RELEASE – “The Walking Dead” season nine continues on Sunday, October 21st at 9:00 p.m. ET/PT. On the all-new episode, “Warning Signs,” Rick’s vision for the future is threatened by a mysterious disappearance that divides the work camp where the communities are building a bridge. The episode is written by Corey Reed and directed by Dan Liu.

Last season brought the culmination of “All Out War,” which pitted Rick Grimes and his group of survivors against the Saviors and their cunning leader, Negan. With Negan’s life in his hands, Rick had a character-defining choice in front of him. By making the unilateral decision to spare Negan, Rick upheld the values his late son, Carl, championed in order to build for the future, but created conflict within his group.

Now, we see our survivors a year and a half after the end of the war, rebuilding civilization under Rick’s steadfast leadership. It is a time of relative peace among the communities as they work together, looking to the past to forge the future, but the world they knew is rapidly changing as man-made structures continue to degrade, and nature takes over, changing the landscape and creating new challenges for our survivors.

As time passes, the communities confront unexpected obstacles, danger, and of course, walkers, but nothing quite prepares them for the formidable force they are about to encounter, which threatens the very idea of civilization that our survivors have worked so hard to build.

Based on the comic book series written by Robert Kirkman and published by Image Comics, “The Walking Dead” reigns as television’s most watched drama for Adults 18-49. “The Walking Dead” tells the story of the months and years that follow after a zombie apocalypse, and follows a group of survivors, led by police officer Rick Grimes, who travel in search of a safe and secure home. The series is executive produced by showrunner Scott M. Gimple, Robert Kirkman, Gale Anne Hurd, David Alpert, Greg Nicotero and Tom Luse. 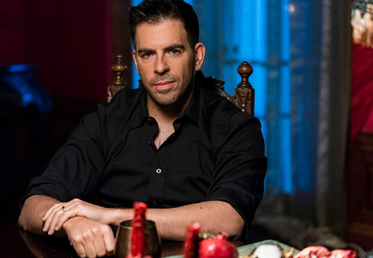 Executive produced by award-winning horror film director, writer, producer and actor, Eli Roth, the documentary series brings together the masters of horror – the storytellers and stars who define the genre – to explore its biggest themes and reveal the inspirations and struggles behind its past and present.

AMC continues to celebrate the 20th anniversary of ‘FearFest’ this weekend, with the most iconic horror films ever made including a Stephen King Movie Marathon, featuring the 35th anniversary of Christine, Slasher-thon and the AMC Premiere of Abraham Lincoln: Vampire Hunter.

Demons Inside Marathon – Thursday, October 25 at 10:00 a.m., featuring Annabelle, Exorcist II-III, The Exorcism of Emily Rose, The Omen (2006), Prince of Darkness and the 45th Anniversary of The Exorcist.