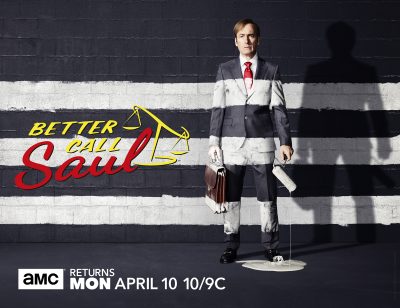 Also leading into season three of Better Call Saul, the network will run marathons of the Best of Saul Goodman and Gus Fring from Breaking Bad.