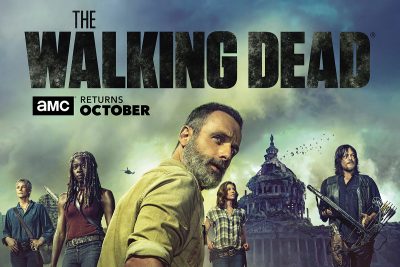 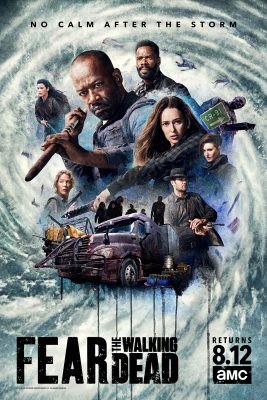 WHAT: The cast and producers of AMC’s hit scripted series “The Walking Dead,” “Fear the Walking Dead” and “Preacher” will return to this year’s Comic-Con in San Diego, CA. AMC’s Emmy®-nominated series “Better Call Saul” will also make its Comic-Con debut alongside a reunion panel for “Breaking Bad” in celebration of the Emmy® Award-winning drama’s 10-year anniversary.

The network also released today “The Walking Dead” Comic-Con art along with new key art for “Fear the Walking Dead,” which returns for the second half of its fourth season on Sunday, August 12.

In addition to panels, AMC will have a significant presence in and around San Diego throughout Comic-Con, including:

A red-carpet premiere screening event for “Better Call Saul,” featuring the series cast and producers. The Emmy®-nominated series returns for its fourth season on Monday, August 6;
“Dead Quarters,” the official fan zone of “The Walking Dead” and “Fear the Walking Dead.” The immersive experience will feature a curated walk through of settings from both series, including The Sanctuary and a thrilling 22-foot Zombie slide, inspired by the one in “Fear,” as well as photo opportunities with the walker composter and Negan’s “flaming Lucille,” among other activities; and
A booth activation for The Walking Dead: Our World, AMC and Next Games’ new location-based, augmented reality mobile game, launching July 12. Convention attendees will have an opportunity to play the game in a unique “Walking Dead”-themed setting, fighting walkers with Rick, Daryl, Michonne and other characters from the series. In celebration of Comic-Con, The Walking Dead: Our World will also offer players an exclusive, limited-time “Comic-Con Special Encounter” in-game activation, which will reward players with guaranteed “Rare” or “Epic” characters from “The Walking Dead” series to add to their collections in the game.

The Walking Dead: Our World
Game activation open from Thursday, July 19-Saturday, July 21 at booth #4237 at the convention center
Press demos starting at 9:30am on Thursday, July 19 at “Dead Quarters”

***Space at press conferences is limited, please RSVP for confirmation***

About “Fear the Walking Dead”
The first half of season four began with one figure huddled around a campfire, and ended with nine. Characters who started their journeys in isolation collided with each other in unexpected ways and found themselves in one of the last places they ever expected to be…together. In the back half of the season they will explore who they are now – as individuals and as part of the greater group – and how they will forge ahead. They will find themselves pitted against new adversaries – human, walker, and even nature itself. Theirs will be a journey wrought with danger, love, heartbreak, loss, and ultimately, hope. The series is executive produced by Scott M. Gimple, showrunners Andrew Chambliss and Ian Goldberg, as well as Robert Kirkman, David Alpert, Gale Anne Hurd and Greg Nicotero, and produced by AMC Studios. The series stars Lennie James, Alycia Debnam-Carey, Colman Domingo, Danay Garcia, Garret Dillahunt, Maggie Grace and Jenna Elfman.

About “The Walking Dead”
Based on the comic book series written by Robert Kirkman and published by Image Comics, “The Walking Dead” reigns as television’s most watched drama for adults 18-49 for a record-breaking six consecutive years. “The Walking Dead” tells the story of the months and years that follow after a zombie apocalypse, and follows a group of survivors, led by police officer Rick Grimes, who travel in search of a safe and secure home. The series is executive produced by chief content officer Scott M. Gimple, showrunner Angela Kang, Robert Kirkman, Gale Anne Hurd, David Alpert, Greg Nicotero, Tom Luse and Denise Huth.