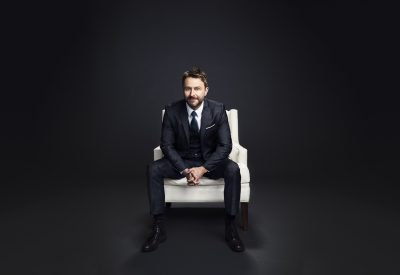 AMC TO BUILD ON SUCCESS OF “TALKING DEAD,” TV’S #1 TALK SHOW, WITH LAUNCH OF “TALKING WITH CHRIS HARDWICK”

NEW YORK, NY – March 1, 2017 – AMC today announced that it is building on the success of “Talking Dead,” the #1 talk show on television and a pioneer in aftershows, by launching an extension series, “Talking with Chris Hardwick,” produced by Embassy Row.  Each 60-minute episode will feature an in-depth conversation between Hardwick and a single guest or cast.  While “Talking Dead” focuses exclusively on “The Walking Dead” and “Fear the Walking Dead,” episodes of “Talking with Chris Hardwick” will feature a wide breadth of guests and highlight Hardwick’s singularly irreverent and authentic take on today’s pop culture landscape.

Compared with a typical 5 or 10-minute talk show interview, “Talking with Chris Hardwick” will leverage the host’s gift for deep conversation, on display in his popular podcast. The show will also have a strong social media presence and live audience interactivity, giving fans a new destination to celebrate their favorite pop culture icons.

“Talking with Chris Hardwick” will air at 11 p.m. on Sunday nights when “The Walking Dead” and “Fear the Walking Dead” are not in season. In addition to hosting duties, Hardwick will serve as executive producer on the series alongside Michael Davies, Brandon Monk, Jen Patton, and Brillstein Entertainment Partners’ Alex Murray.

“Chris Hardwick is just the ultimate fan guide, advocate and conversationalist. He took our desire to serve the fans of ‘The Walking Dead’ with an hour of discussion and analysis following each new episode and turned it into the #1 talk show on television, and a model that has been widely emulated but never quite duplicated, because Chris is the key,” said Joel Stillerman, president of original programming and development for AMC and SundanceTV. “Between ‘Talking Dead,’ his podcast and panel moderation at events like Comic-Con, there is just no one better at drawing out guests’ humanity, celebrating content and serving fans. We are looking forward to expanding our relationship with Chris through this new version of ‘Talking’ that will allow him to do what he does best – give our viewers a front row seat to some of the biggest topics in pop culture today and a host who has an incomparable affinity for the content they love.”

“‘Talking’ will have the skin of ‘Talking Dead,’ the soul of the Nerdist podcast and the guts of a Comic Con panel,” said Hardwick. “I have loved learning how to do a talk show these last six years on ‘Talking Dead,’ but am eager to expand the format into other areas of pop culture.”

“Talking with Chris Hardwick” will premiere on AMC at 11 p.m. on Sunday night, April 9, a week after the season seven finale of “The Walking Dead.”