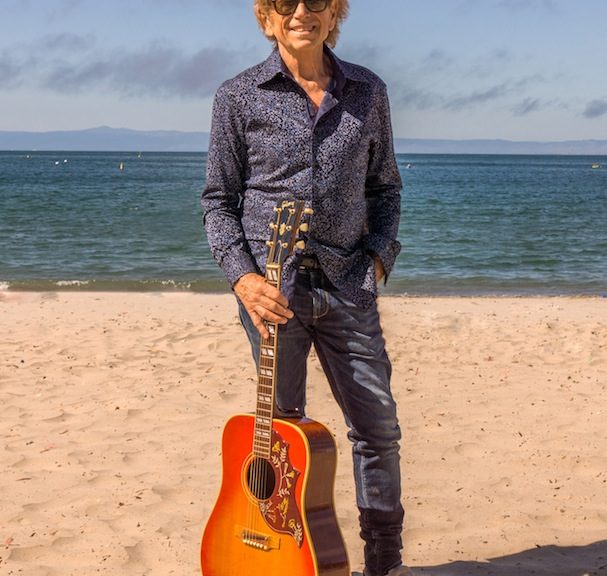 On this edition EMExclusives, you are in for a treat! The Beach Boys co-founder Al Jardine is here we’ll talking about his upcoming Family and Friends Tour ft. Carnie & Wendy Wilson of Wilson Phillips and his son Matt Jardine, coming up to the Bethesda Blues and Jazz on March 2nd.

It’s an honor to be talking with you. Tell us all about the Family and Friends Tour.

Well, it’s about the Wilson family and the Jardine family coming together as one to celebrate the coming of hopefully the beginning of a new era free of COVID with some enlightening music from The Beach Boys and Brian Wilson’s daughters from Wilson Phillips.

That’s excellent. It feels like we’re getting two groups for the price of one.

They are terrific singers and songwriters and they’ve had a career not a better career of their own.  They’re not working with Chynna in the theatrical field anymore. She’s decided to pull back from any kind of touring unless, unless they’re all very private kind of affairs, doesn’t want to do any public performances anymore. We are coming together and helping make that possible.

I am so glad to hear. Is Bethesda the first stop of this new tour?

That’s the first stop nice for stuff along the way, a short, little jaunt. We are going up to the northeast corridor there in Connecticut and to the Sony Theater in New York for a show and then after that, we’re going down to Florida for a show in at Miramar.

That’s excellent. Well, I’m looking forward to this tour. Now, you mentioned that it’s a combination of your son Matt, two members of Wilson Phillips. I have a feeling we’re going to be hearing music from not only from the Beach Boys & Wilson Phillips, but your music as well, correct?

Well, I don’t know, I didn’t I don’t want to really say that for sure. I wouldn’t mind doing one or two songs of my own. I don’t want to bore the people in the audience. I shouldn’t say for but no, definitely not.

They come to hear you know, all the hits and the things they’re familiar with. I’m glad you reminded me because we’re starting rehearsals. Perhaps we can sneak one in.

Oh, please do because I’ve been listening to it your single since this came out last year and it’s been amazing, A Postcard from California. You had quite a list of artists that were on this album. I want you tell us about the genesis of this album and how does come to be?

Yeah, that’s a good question. Well, in the vacuum I guess you’d say created by the absence of Beach Boy recording, I kind of thought I would take a shot at doing my own some of my own songs. Celebrating a different kind of value but I didn’t have my think that any singers left.

I had to go out and find some. Both my sons are singing on it, but I also needed some professional, not professional as the term, names but not just names but quality the quality of I was looking for in the singing some of the newer stuff. You know the first guy I thought of was Steve Miller for some reason because when I met Steve socially, we talked. For some reason I thought he was sound good on “Help Me, Rhonda” you know, is that kind of thing. We started with the songs and brought the singers to the table.

Let’s put it that way. Neil Young, sounded right to me for just saying on a verse on “California Saga” for instance. And America on a song called San Simeon. Their voices into the songs that needed them sort of that way. You know, the songs really call for the artists and it kind of worked out. Thanks for reminding me.

Honestly, Glen Campbell, of course played a huge role in that. He really improved one of my songs, the title song “Postcard in California”. He made it a lot better than it was and they brought their own unique quality to it. So yeah, I probably should do a postcard from California.

Yes, you should, especially since you got a re-release coming up this summer. And last year, a couple years ago, it celebrated its 10th anniversary which is exciting!

Tenth Anniversary, it’s hard to believe. It never got distribution though. It was just basically a family affair kind of thing. Now we’re getting some real serious distributions. I’ll see if they’re up to it, you know if they can if they can pull it off.

Well, since we talked a little bit about the concert, I wanted to know from you, what type of music do you listen to nowadays? Do you prefer the classics or the current hits?

I listen to Sirius Radio. Every time I turn it on. I learned something about a musical genre I didn’t know about before. In fact, I’m on this Friday night and I’m doing an interview with Pat St. John to promote the tour.

So yeah, Sirius XM radio that sets an important part of our listening experience. He’s on a seven o’clock your time.

All right, well definitely keep that in mind and I will give them listen. You’re getting ready to start a tour now in the next few days and now you’re going to be touring with Brian Wilson right afterwards. What will that tour enclose? What will you do with that tour?

Yeah, that’s a whole ‘nother project. And that starts in June. I don’t really, I don’t know much about it in Chicago is the is the main attraction. It’s not Brian and I are kind of like opening the opening act. Honestly, I don’t know much more about us than that. It’s ambitious. We’ll see if I if I’m there or not? We’ll find out.

It seems to me like the audience’s eyes is always there for us. You know, it transcends the generational gap thing. You know, it’s always in a state of discovery by people. Brian’s writing was so brilliant, and it really stand the test of time. The way he launched the songwriting, launched our careers, and now we have our own careers because of his amazing talent. So, we owe it all Brian, really.

Absolutely, my friend, you have done an amazing career. I am happy to see you and hear you next week in Bethesda!

Thanks very much for having us.

Al Jardine doing his own thing with his Family and Friends Tour – March 2nd 7:30pm at Bethesda Blues and Jazz and we are the first stop of the tour. Tickets are available thru Instantseatscom.