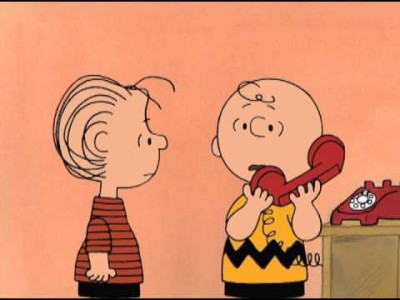 ABC has scheduled the Peanuts specials Be My Valentine, Charlie Brown and A Charlie Brown Valentine to air on Friday, February 12th (8/7C). Follow the jump for details.

“Be My Valentine, Charlie Brown,” the 1975 special produced and animated by the same team that gave us the now classic holiday specials and taken directly from the late cartoonist Charles M. Schulz’s famed comic strip, will air with the classic “A Charlie Brown Valentine,” FRIDAY, FEBRUARY 12 (8:00-9:00 p.m. EST) on the ABC Television Network. (OAD: 2/10/09)

In “Be My Valentine, Charlie Brown,” hearts are fluttering on Valentine’s Day at Birchwood School, and Linus has brought a huge box of candy for his homeroom teacher. Thinking that the candy is for her, Sally reciprocates with a homemade card for Linus. Meanwhile, Lucy demands some affection from Schroeder, and Charlie Brown waits for his cards in the mail… and waits… and waits…

“A Charlie Brown Valentine” marked the first newly created programming from the PEANUTS team in several years. In this special, Charlie Brown finally works up the courage to call the little red-haired girl to ask her to the Valentine’s Day dance. But once again he ends up broken-hearted and empty-handed when he dials the wrong number and reaches Peppermint Patty instead.

On October 2, 1950 the PEANUTS comic strip launched in seven American newspapers. Who would have guessed the impact the brand would have around the world for decades to come. Nearly 60 years later, the comic strip appears in over 2,200 newspapers, in 75 countries and 21 languages. PEANUTS animated specials have become a seasonal tradition and thousands of consumer products are available in virtually all retail channels. Charlie Brown kicking the football, Linus and his blanket and Lucy leaning over Schroeder’s piano are images to which everyone can relate. Such phrases as “Security Blanket” and “Good Grief” have become a part of the global vernacular. Lee Mendelson and Bill Melendez’s association with Charles Schulz stretches back to 1965 with “A Charlie Brown Christmas,” which debuted on CBS in 1965 with Mendelson as executive producer and Bill Melendez as animator and director. The three men continued their long-term association until Schulz’s death, working together on 50 PEANUTS network specials and four feature films. The network specials won five Emmys, two Peabodys and 18 other Emmy nominations.

The PEANUTS characters and related intellectual property are owned by Peanuts Worldwide LLC, a joint venture owned 80% by Iconix Brand Group, Inc. and 20% by members of the Charles M. Schulz family.