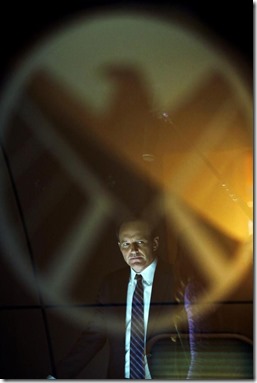 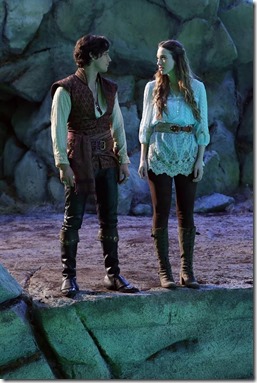 ABC has unique lineup for 2013-14 that ranges from comedies like The Goldbergs to the comic book adventure of Marvel’s Agents of S.H.I.E.L.D., to the fantasy of Once Upon a Time: Wonderland. Two of the biggest surprises in the network’s schedule are to slot S.H.I.E.L.D. against CBS’ NCIS and put Wonderland on Thursday nights instead of using it to bridge the fall and spring runs of Once Upon a Time on Sundays.

Another intriguing idea that will be put into play this season is to split ABC’s serialized dramas into two parts, each to run straight through without repeats, with a limited series bridging the gap between the two runs.

This morning, ABC Entertainment Group President Paul Lee spoke about these decisions in regard to ABC’s 2013-14 line-up.

‘Every single hour on the schedule is up against competition but we believe that SHIELD… is going to recruit a whole new audience coming in,” he said. ‘We’re also going to market it strongly – we think it has a built in audience because it has an association with the amazing Avengers franchise and we don’t think that audience is automatically the same as NCIS. So, we have high hopes for it on eight o’clock on Tuesday.’

When asked why he thought Wonderland would be the show to alleviate the problems ABC has had with the eight o’clock slot on Thursdays, Lee said, ‘Well, I can’t wait for you guys to see the cut down on that because it’s fantastic..

‘There are a couple of things going on here. First of all, what we’ve done here is built a night of women’s empowerment. I mean, these are powerful, beautifully made women-empowerment shows, so I think that flow is particularly good – I’m feeling good about that. I think we also have a franchise that… y’know, this is something that other networks have done more than ABC and I love the idea of taking some of our strongest franchises and allowing them to expand to other nights.

‘So we believe we have a built in audience for the Once Upon a time franchise – and that allows us to start stronger on Thursday and have a cleaner flow than we’ve had since I’ve been at the network.’

In regard to the placement of Wonderland – which was originally planned to bridge the two halves of the original series’ run on Sundays – Lee added, ‘We watched the pilot and fell in love with it. We’ll see what you guys think, I don’t want to jump the gun at all. I think the hour’s casting is particularly good… so, I loved the idea of it Thursday night at eight and was happy to see it launched there.’

In response to the question of inserting shorter series as bridges between fall and spring halves of the runs of ABC’s dramas – and the possibility that these limited series might be expanded to full run shows, Lee noted, ‘It will be a select group.

‘We were very successful, if you’ll remember, with Scandal. We picked that, if I remember, for only seven episodes and allowed our showrunners to really concentrate on how they wanted to build seven episodes. So it’s not impossible that a limited series can then move on to what looks like more like a broadcast show and runs for a full season. But, yeah, there are definitely limited series that can into the gap for shows like Grey’s and Once Upon a Time – and we’re laying them out now for the whole year. We’ll be announcing them a little later.’

On Betrayal, which is one of the limited series to be announced today, Lee added, ‘The intention is to do a limited series but bring it back. So we’ll do thirteen episodes this season and maybe twelve or thirteen next season. When you see it, it’s got a much bigger story than the core relationship at the heart of it.

‘James Cromwell is a great baddie in the middle of it all. So we do have the ability to expand that, but we really do believe that focusing on thirteen episodes is going to make for better storytelling this year.’