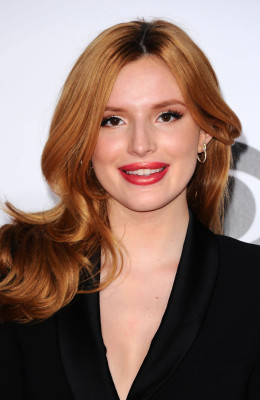 ABC Family has ordered a pilot for Famous In Love – a scripted comedy series starring Bella Thorne as a college student who rockets to fame thanks to being cast in the starring role for a Hollywood blockbuster.

Famous In Love is based on the eponymous novel by  Rebecca Serle – who is co-writing the pilot with Pretty Little Liars’ Marlene King. Follow the jump for further details.

Marlene King, Dan Farah and Miguel Arteta to Executive Produce the Project from Warner Horizon Television, Based on the Novel by Rebecca Serle

“We could not be more excited to extend our relationship with hitmaker I. Marlene King,” said Karey Burke, Executive Vice President, Programming and Development. “With ‘Famous In Love,’ Marlene takes us behind the scenes of young Hollywood to tell a sexy, soapy tale about what it’s like to make a movie – and fall in love – in LA.  We are also thrilled to welcome the talented Bella Thorne to our network and cannot wait to get started on our next can’t-miss show.”

Based on the novel by Rebecca Serle, “Famous In Love” stars Bella Thorne as Paige, an ordinary college student who gets her big break after auditioning for the starring role in a Hollywood blockbuster. She must now navigate her new star-studded life and undeniable chemistry with her two co-leads while uncovering the truth about what happened to a famous missing popstar.  Written by I. Marlene King and Rebecca Serle, the pilot is executive produced by I. Marlene King (“Pretty Little Liars”), Dan Farah (“The Shannara Chronicles”) and Miguel Arteta (“The Carrie Diaries”), who will also direct. Rebecca Serle is co-executive producer. “Famous in Love” is produced by Long Lake Media, Farah Films and Carmina Productions, Inc. in association Warner Horizon Television.

Little Brown (publisher of Twilight) published the book and the sequel – Truly Madly Famously was published today by Little Brown.