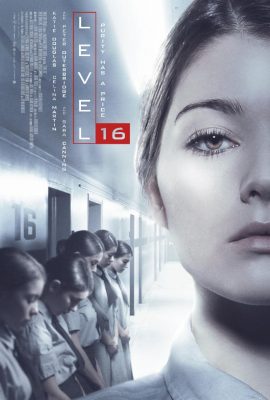 Sixteen-year-old Vivien is trapped in The Vestalis Academy, a prison-like boarding school, keeping to herself and sticking her neck out for no one. Until she is reunited with Sophia — the former friend who betrayed her.

Purity has a price.

Level 16 opens in select theaters and on VOD on March 1st. Check out the film’s details and trailer below. 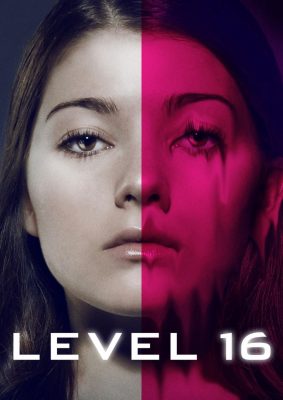 “Level 16 Channels The Handmaid’s Tale in the Best Possible Ways, Which Is Pretty Damn Scary” – io9

WHAT THE CRITICS ARE SAYING…
“The plot is pitch-perfect, complimented further by each member of the cast’s performance”

“one of Fantastic Fest’s best films…Don’t sleep on this one!” – BIRTH.MOVIES.DEATH

“Level 16 builds a compelling, complete little world in the halls of this institution that would feel right at home in a better-than-average YA novel, though here it’s perfectly scaled down for the requirements of a 102-minute movie.” – COLLIDER

“Though the comparisons to “The Handmaid’s Tale” are likely to arise, Level 16 is an altogether different beast. At its core, the two projects share a common theme of women fighting oppressive organizations but, thankfully, in the case of Esterhazy’s film, there is some hope at the end of the story.” – QUIET EARTH

In the thematically rich fantasy Level 16, teen-aged Vivien (Emmy-nominated actress Katie Douglas) and Sophia’s (Celina Martin) are locked away in a sterile top secret facility where they’re taught the finer points of “feminine virtues” by Miss Brixil (Sara Canning), a Stepford-like headmistress, and left to question what fate awaits them when they age out of the institution.

Film Synopsis
Sixteen-year-old Vivien is trapped in The Vestalis Academy, a prison-like boarding school, keeping to herself and sticking her neck out for no one. Until she is reunited with Sophia — the former friend who betrayed her. Together the girls embark on a dangerous search to uncover the horrifying truth behind their imprisonment. Soon running for their lives, the girls must save themselves or die trying.