Skyscraper is the story of Will Sawyer (Dwayne Johnson). Ten years ago, while serving as an FBI hostage crisis extractor, Sawyer suffered through a terrible incident which cost him one of his legs. Today he has started a whole new life as a loving husband, father to twins, and the head of his own private security analysis company. The latter achievement has landed Sawyer an incredibly high-end opportunity to serve as the head of security for The Pearl, the world’s most luxurious (and tallest) skyscraper ever constructed. The bottom portion of the structure is home to commerce, the middle boasts a vertical park, and the top floors contain residences which are yet to open, but home to Sawyer’s family.

As Sawyer concludes his final round of inspections of the security protocols, things go horribly wrong. A group of terrorists with mysterious intentions start a fire in the middle of The Pearl and deactivate all of the safety measures to help the flames spread throughout the infrastructure. Sawyer quickly realizes that his family is trapped inside the towering inferno and makes his way to them to perform a one-man rescue, to keep them out of harm’s way.

Skyscraper succeeds with its star and its thrills. With everything ablaze, it’s easy to smell what The Rock is cooking and it’s his favorite recipe—charismatic action flambé. Johnson always throws himself into absurd survival situations with swan dive finesse, and Skyscraper is no different. Sawyer is funny, he’s interesting, he makes good decisions, he gets beat up, and (spoiler) he saves day. Johnson is the modern-day equivalent of names once found on pulp movie matinee marquees, and he’s enjoying that status immensely. While no one will ever remember the character of Will Sawyer directly, when people one day talk about Johnson’s cinematic height as a blockbuster superstar, Skyscraper is an above average example of his ability to entertain.

Writer/director Rawson Marshall Thurber, who up until now been known for his comedies (Dodgeball, Easy A), does an admirable job at his first attempt at action. While Skyscraper does draw very easy comparisons to other “hero in a building fighting against the world” movies, the film is less derivative than would appear at first glance. While perhaps slightly silly or contrived, Thurber comes up with interesting and original sequences to keep the suspense at an optimal level throughout the ride. He also allows his main character to be vulnerable and clever, which is a refreshing way on how to use Johnson in an action film. While Thurber has clearly been influenced by previous work, he should be lauded for building his tower upon the foundations of those films, rather than simply replicating the architecture. 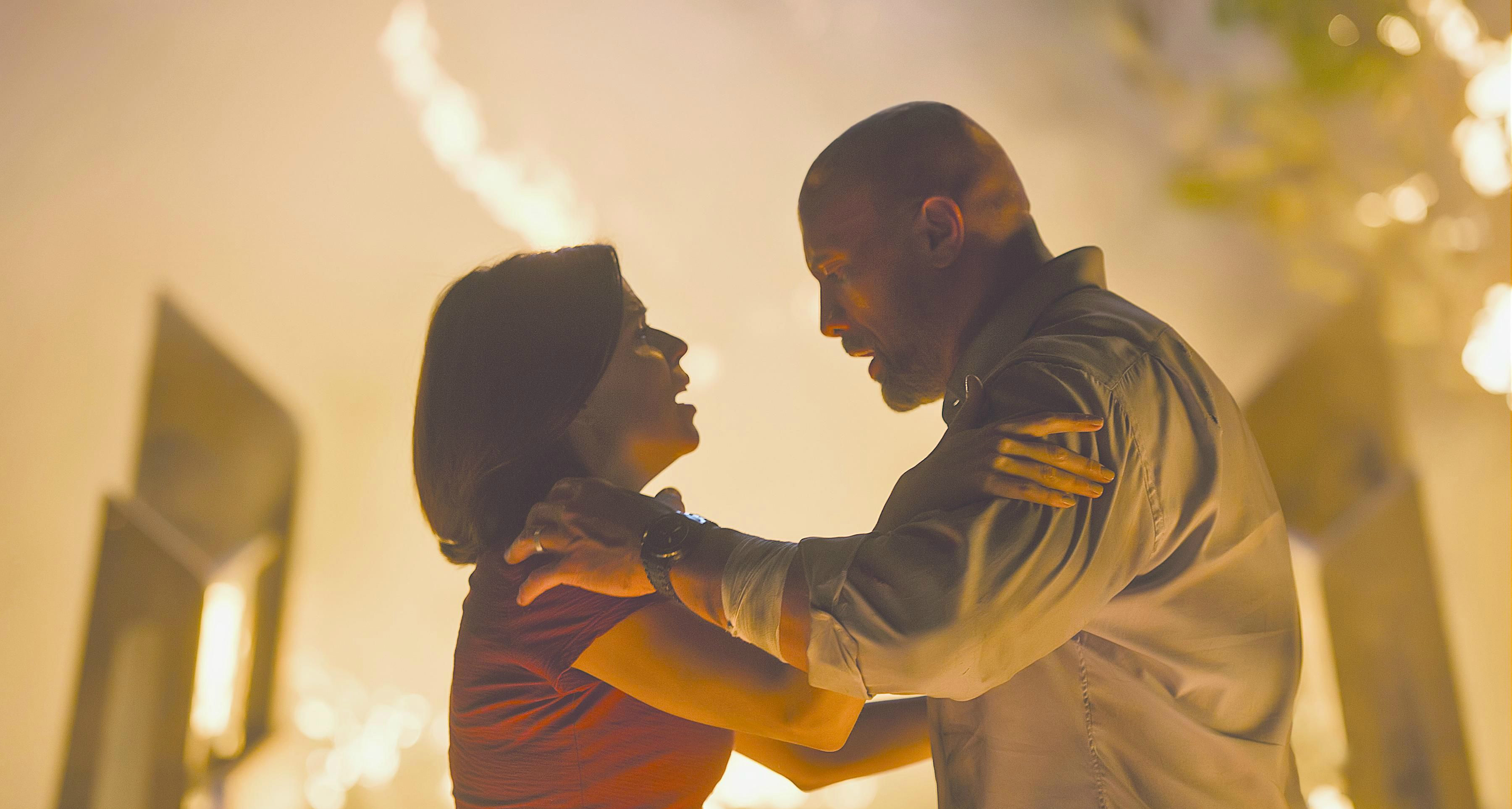 Not that anyone would expect Skyscraper to be plausible, but the film does at times jump so far off the planet for convenience that even those with the strong ability to suspend belief might be snapped back to reality. For example, at one point the villains give an ultimatum to the hero they have in their grasp ordering him to complete a task critical to their success. Then, every single of them leaves him alone. That’s like putting a hungry child in a candy slash toy store and saying: “now I’m going to leave you here for 3 hours, and I expect you to not eat or play with anything.” These situations are frequent, and relatively easy to laugh off, but there are times when you wonder if the plot twists were reconfigured mid-shooting and then no one bothered to check if the final narrative made sense.

Skyscraper entertainingly fills a cinematic gap—simple, cliched action. The film won’t be remembered so much as a standalone feature, but rather the representation of a great theater-going experience that pairs perfectly with popcorn.