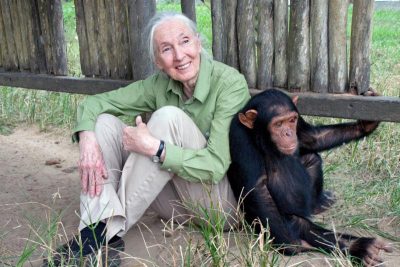 A new trailer for War for the Planet of the Apes features Jane Goodall and a message from 20th Century Fox that the studio is partnering with the Jane Goodall Institute to aid in the rehabilitation of chimpanzees in honor of the film.

Only if we care can all be saved. #WarForThePlanet