Entertainment News for The Rest of Us
Brian Sittner
Television 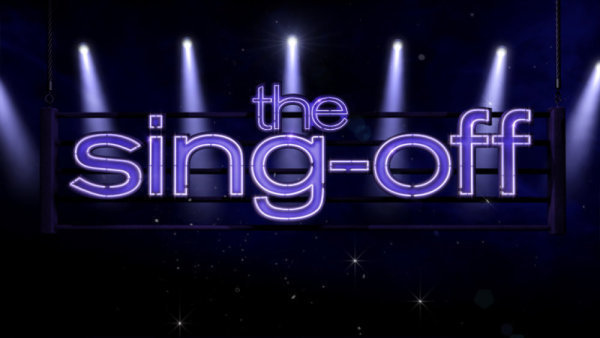 NBC has released the names of the 16 groups that will be participating in the third upcoming season of The Sing Off. This upcoming season will have a  wide variety of singers throughout the country and will be worth watching. Here’s the Press Release:

UNIVERSAL CITY, Calif. – August 16, 2011 – NBC’s “The Sing-Off,” hosted by multi-platinum recording artist Nick Lachey, returns for season three this fall on Monday, September 19 (8-10 p.m. ET) in a weekly format featuring two-hour episodes and with the number of groups competing expanded to 16. The groups will be performing for celebrity judges Sara Bareilles (“Love Song” and “King of Anything”), Ben Folds (Ben Folds Five) and Shawn Stockman (Boyz II Men) and competing for the prize of $200,000 cash and a Sony Music recording contract.

The 16 groups that will vie to be the best a cappella group in the country were revealed today. The announcement was made today by Paul Telegdy, Executive Vice President, Alternative Programming, NBC and Universal Media Studios. They are:

AFRO-BLUE: Washington, D.C. – This fun-loving ensemble from Howard University started as a class in the music department. They have plenty of soul, and all nine members meld together with beautiful harmonies, soaring solos, and a fresh look. @AfroBlueDC

THE CAT’S PAJAMAS: Branson, Mo. – The Cat’s Pajamas, the all-male vocal band that formed in 2005, pride themselves on their ability to engage each audience member during their dynamic, energetic and interactive performances, bringing a blend of classic songs with a modern a cappella twist.

THE COLLECTIVE: Nashville, Tenn. – Formed by Street Corner Symphony’s Jeremy Lister (“The Sing-Off,” season two), this Nashville based first-time a cappella group is made up of individual singer-songwriters who came together to demonstrate that there is strength in numbers. @TheCollectiveTN

DARTMOUTH AIRES: Hanover, N.H. –Dartmouth College’s oldest a cappella group, is currently made up of 14 fun loving, high-energy guys with eclectic tastes and no shortage of quirky antics. @DartmouthAires

DELILAH: Los Angeles, Ca. – This all-female a cappella group, which includes members from the first two seasons of the series, has been singing across the country, but still carry an unfulfilled desire to conquer “The Sing-Off” stage. @SingDelilah

THE DELTONES: Newark, D.E. – Founded in 1991, The University of Delaware Deltones, pride themselves on their smooth tunes and their motto – friends first, singers second. They focus their energy towards singing on campus and in the Delaware community, as it is important for them to give back to those who support them. @ilovedeltones

FANNIN FAMILY: Hortonville, Wis. – The Fannin Family’s mother was almost a nun and their father was a rock musician. The outcome was 11 extremely well-behaved musicians and eight of them will be taking the stage to show the nation their Midwestern swag. @FanninEleven

KINFOLK 9: Los Angeles, Ca. – A nine-piece professional vocal group from Los Angeles in which everyone can sing lead, with all members coming from very strong musical backgrounds. @Kinfolk9

MESSIAH’S MEN: Minneapolis, Minn. – Originally from Africa, these unofficial brothers survived the war in Liberia through the power of song and are on a mission to sing their hearts out while serving the Lord.

NORTH SHORE: Boston, Mass. — For the last 30 years, this refined street corner group has entertained thousands of listeners throughout the Boston area with an experienced blend of harmony, rhythm, and tempo in songs from the 1940s to today. @NorthShoreGuys

SONOS: Los Angeles, Ca. — Formed in 2006 as a recording project that grew into a vocal band, the group blends their voices together in perfect harmony through years of experience. The live electronic effects they are also known for will not be part of the competition. @SonoSings

SOUL’D OUT: Wilsonville, Ore. – This award-winning mixed a cappella group from Wilsonville High School is comprised of students from all grade levels, musical backgrounds and vocal types.

URBAN METHOD: Denver, Colo. – The group, which includes a rapper, was formed by eight musicians whose individual sounds gravitate toward urban music. Each has extensive studio session work but has never previously performed together. @Urban Method

THE YELLOWJACKETS: Rochester, N.Y. – Formed in 1956, the University of Rochester YellowJackets are anything but old-fashioned and half the members are enrolled in The Eastman School of Music at the university. This fun loving group’s mark of distinction is their bright yellow blazers and distinctive sound. @URYellowJackets

Additionally, viewers will have unprecedented, behind-the-scenes access to each group on NBC.com’s contestant blogs.

“The Sing-Off” scours the country in search of the best a cappella groups. This year, the competition has expanded not only weekly but also to the 16 very best vocal groups who will perform chart-topping songs in weekly competition that will culminate with a live finale revealing the grand prize winner. The groups will be competing for America’s vote and a chance to walk away with the ultimate prize — a Sony Music recording contract and a cash prize of $200,000.