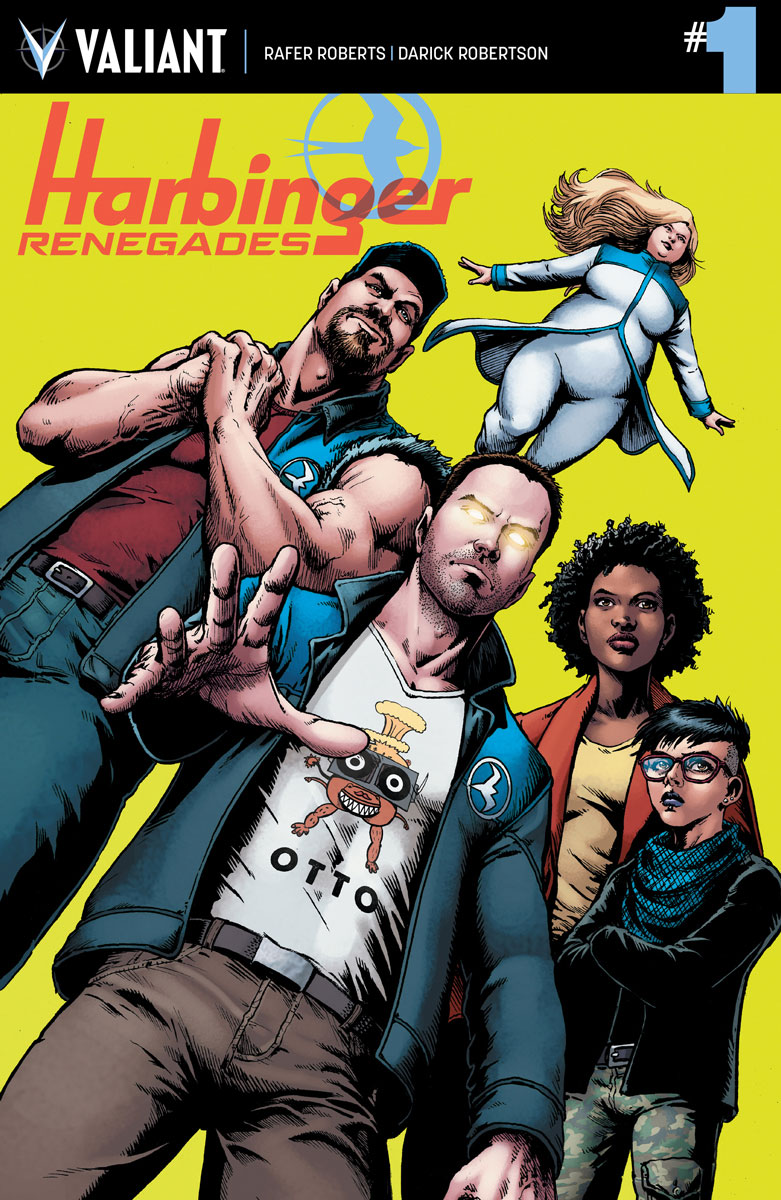 Anyone you know could become a psionically powered “harbinger” with the potential to reshape the course of human history. Your neighbor. Your boss. Your best friend. Your kids.

And fear of the unknown – especially the unknown with superpowers – can elicit hate and fear and violence. This is the world of Harbinger Renegades, a new series coming from Valiant Entertainment.

Harbinger Renegades #1 will be in comics shops on November 16th – and as part of the title’s launch, five randomly chosen fans will win a year’s worth of Valiant comics. For details – and a preview of the new series – read on.