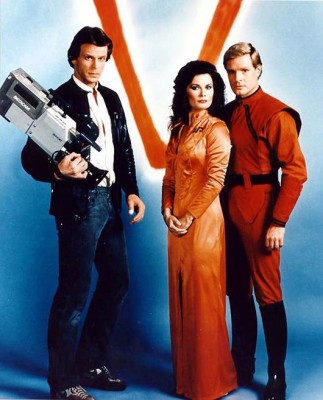 El Rey Network is taking to the skies on Saturday, January 9th as flying saucers position themselves over key locations during the networks marathoin of V: The Original Miniseris and V: The Final Battle – beginning 10am/9C.

Then, beginning on Tuesday, January 12th, the aliens are back as the network begins a run of the 2009 remake/sequel series V – airing three episodes back to back beginning at 8/7C. For further details, follow the jump.