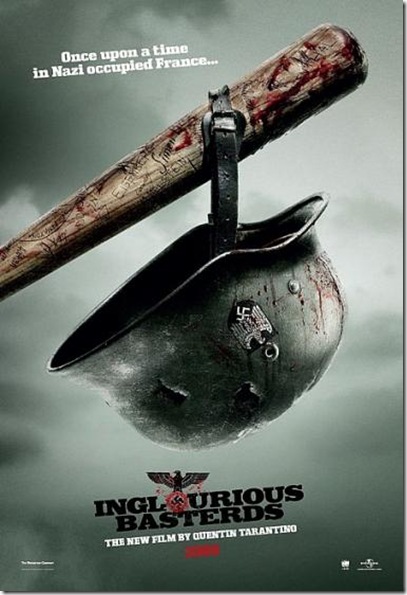 One of Tarantino’s favorite devices to tell a story by creating a series of timelines that proceed at different paces and in different tones – each beginning at a different time – and then coming together at just the right moment to provide the biggest impact. This is true of Basterds, though the movements through time aren’t nearly as obvious, or puzzling as, say, Pulp Fiction, which almost literally explodes when that moment arrives.

END_OF_DOCUMENT_TOKEN_TO_BE_REPLACED 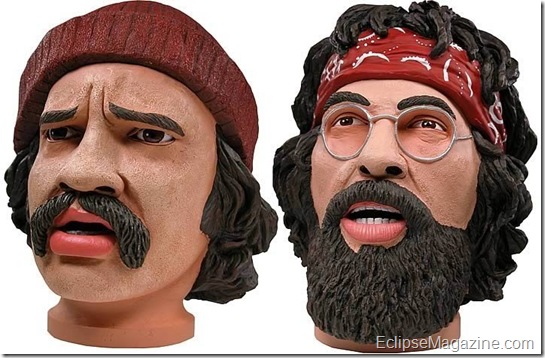 I’ve never understood the success and popularity of Cheech and Chong, but they are making comeback to the big screen. But then I’ve never been a fan of pot humor. The Weinstein Company (TWC) have partnered with Cheech Marin, Tommy Chong, and their managers Ben Feigin and Josh Klein to produce a concert movie to memorialize the comic duo’s reunion and first tour together in 25 years. The announcement was made today by Barry Gordon, executive vice president of home entertainment at TWC. As part of the arrangement, TWC has worldwide theatrical, home video, digital and television rights.  The feature-length program, which will portray a live concert experience of the “Cheech & Chong: Light Up America” tour, is expected to make a major TV premiere, followed by the DVD release. TWC International will handle foreign sales beginning at AFM this week. “The Cheech and Chong Concert Movie” will be an historic, must-experience event for the many fans that grew up listening to their recordings and watching their movies,” said Barry Gordon, EVP of Home Entertainment at TWC.  “For the millions of new fans who have discovered Cheech and Chong over the years as cultural icons, this will be the first time many of them will be able to enjoy the artistry and one-of-kind magic that is Cheech and Chong live on stage. This is the comedy event of the decade."  "It’s great to get a chance to cap a long career with a show of where we are now,” said Marin. Chong stated, "I really like Harvey because he picked up my dinner tab."  Start of production and official release dates are to be announced. The “Cheech & Chong: Light Up America” reunion tour officially kicked off on September 26, 2008 and has been selling out across the country. Many of the dates have needed to add multiple shows each night to meet demand. The tour will continue through 2009, and will bring the duo overseas to multiple continents.