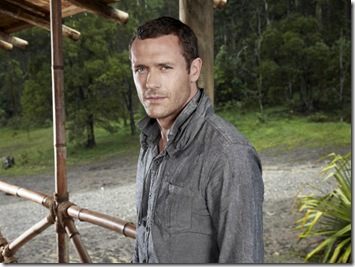 When Terra Nova premieres this evening [Fox, 8/7C], American audiences will witness Jason O’Mara’s third shot at a hit TV series – his previous shows, Men In Trees and Life On Mars, were not hits, though he received good reviews, personally.

The affable Irishman comes across, onscreen, as someone we want to see every week and when I had the chance to take part in a conference call Q&A with him, it’s clear that the reason is that he’s just an all-around nice guy.

END_OF_DOCUMENT_TOKEN_TO_BE_REPLACED 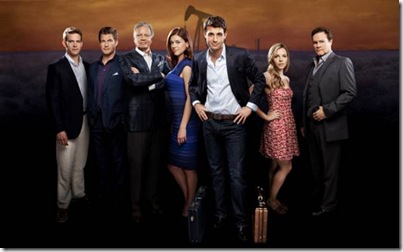 Just as it was no real shock when NBC rolled out thirteen new shows for 2010-11, it should come as no surprise that Fox will go with a schedule on which four of its seven days of programming remain unchanged. Come fall, the only additions will be Texas oil soap Lonestar [pictured] and the two comedies – Raising Hope and Running Wilde. Lonestar has been scheduled to follow House on Mondays, while Raising Hope and Running Wilde will run on Tuesdays following Glee.

When American Idol returns, it will be with a ninety-minute performance show and a thirty-minute results show. With this season’s run suffering a significant drop in the ratings, it makes sense to cut out the chaff here.

Steven Spielberg’s Terra Nova was picked up but since a pilot hasn’t been shot, it won’t join the schedule until mid-season, when comedies Bob’s Burgers and Mixed Signals will also appear.