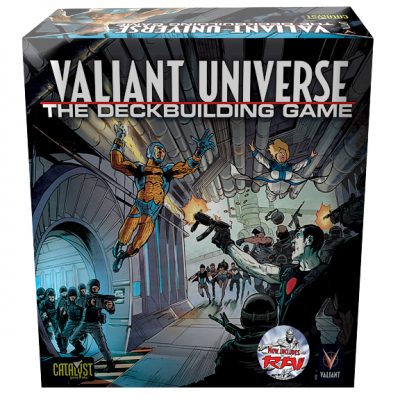 Valiant Universe: The Deckbuilding Game has been selected as a featured game for this year’s Unrivaled, the world’s largest tabletop game tournament!

Valiant Universe – created by Valiant Entertainment and Catalyst Games – joins 15 other tabletop games as part of 2018’s Unrivaled Tournament, including Kingdomino by Blue Orange Games, Onitama by Arcane Wonders, Evolution by North Star Games, and Exploding Kittens by The Oatmeal.