END_OF_DOCUMENT_TOKEN_TO_BE_REPLACED

Seth Rogen and Evan Goldberg’s Sausage Party is the harrowing tale of the difference between the stories groceries tell themselves in the supermarket and what really happens to them when the ‘gods’ take them home.

Inside the abundant f-bombs and salacious humor, there are moments of nuanced thought and some scary depictions of human beings (all the more scary for being sorta kinda true).

END_OF_DOCUMENT_TOKEN_TO_BE_REPLACED

Set Rogen and Evan Goldberg’s Sausage Party is the first R-rated CG film. It’s the tender tale of a sausage  who leads a quest to discover what happens once groceries leave the store.

END_OF_DOCUMENT_TOKEN_TO_BE_REPLACED 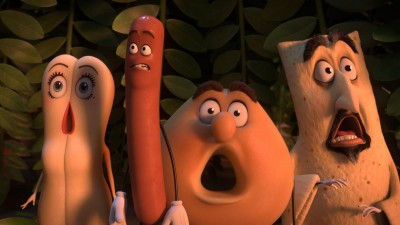 Seth Rogen and Evan Goldberg’s Sausage Party premiered at SXSW this week and the response was amazing.

Sausage Party is story of how groceries learn about their ultimate fate – and it’s definitely not what they were expecting. Check out the first trailer (red band, of course – it’s a Seth Rogen-Evan goldberg film after all) after the jump.