The newest of Dick Wolf’s ‘One Chicago’ series, Chicago Justice, will be previewed on Wednesday, March 1st (10/9C) following new episodes of Chicago Fire and Chicago P.D. – a crossover event that will introduce a storyline that flows seamlessly into the new series.

Chicago Justice will then premiere in its regular timeslot on Sunday, March 5th (9/8C). Details follow the jump.

END_OF_DOCUMENT_TOKEN_TO_BE_REPLACED

The Player (Thursdays, 10/9C) is NBC’s latest ludicrous crime show – like The Blacklist and this season’s other off-the-wall series Blindspot it’s meant to be an action-packed hour that takes an almost reasonable sounding premise and blow it up for our entertainment.

END_OF_DOCUMENT_TOKEN_TO_BE_REPLACED 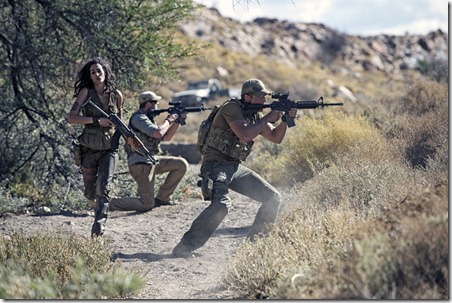 When Strike Back (Cinemax, Fridays, 10/9C) premiered, it was a pleasant surprise: a smart, dark, funny, explosive action series that gave as much of a damn about its character as blowing stuff up real good. Now well into its second American season – and third season overall (you should find the first UK series because it’s also really, really good) – it continues to impress.

Following the jump, check out a clip from tomorrow night’s episode:

Synopsis: On the run from a resourceful terrorist who wants the nuclear triggers, Stonebridge, Scott and Markunda take Othmani deeper into hostile rural territory. They seek refuge with a local in a remote area while the terrorist, his militia and yet another interested party close in.

END_OF_DOCUMENT_TOKEN_TO_BE_REPLACED 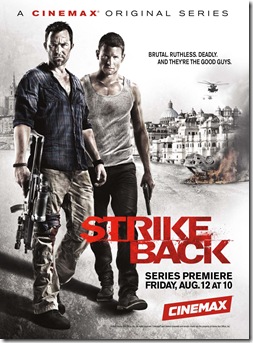 With Strike Back, HBO’s racier cable outlet steps away from its ‘Skinema’ nickname and moves into the realm of hard-edged action-adventure. The premise of new series [which premieres on Friday, August 12th at 10/9C] is as follows: when a resourceful international terrorist group plots an attack, a charismatic former U.S. Special Forces operative joins forces with a stealth British military unit to stop them.

Further details – including the blurb for the series premiere, cast and production details, the official trailer and two clips follow the jump.

END_OF_DOCUMENT_TOKEN_TO_BE_REPLACED

One of the last of the new fall programs to be broadcast, NBC’s Crusoe [Fridays, 8/7C] is allegedly a radical retelling of Daniel Defoe’s classic novel, though it fudges on his background [slave owners not being particularly well thought of these days] and utilizes the “Lost Method” of storytelling. 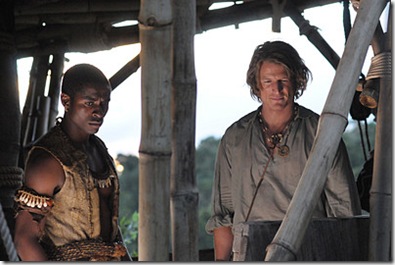 Here, Crusoe [Philip Winchester] is a newly married inventor/weaver who is off to the Americas to purchase equipment and materials to speed up his production and make him and his new wife, Susannah [Anna Walton] rich – or at least filthy, stinking well off. When his ship is wrecked by a combination of storm and rocky island coastline, he is the only survivor.

When a number of cannibals arrive on the island to sacrifice one of their number to the gods, Crusoe rescues him and, because he couldn’t possibly begin to pronounce the man’s name, he dubs him Friday [Tongayi Chirisa]. It just so happens that Friday is no savage – he speaks a dozen languages and has other knowledge and skills [archery among them].

When a band of pirates comes ashore in search of treasure – following a map tattooed on the back of one of them – things get very dicey, very quickly. Fortunately, both Crusoe and Friday are inventive and capable of thinking on their feet. It doesn’t hurt that Crusoe has plundered the remains of his ship and created a very comfortable refuge for himself – and some nasty surprises for unwanted guests.

Crusoe’s story is told from his point of view, in his present – but his life before the shipwreck is told in flashback. Thus we watch Crusoe trying to deal with the pirates in his present, and learn about the horrors of his childhood and the joys of his new marriage in flashbacks that are sparked by events in his present. It’s all very cool – and informative – but it doesn’t lead to amazing discoveries of either natural or supernatural natures. It’s all just glorious swashbuckling fun.

The show’s cinematography is amazing, though it helps to have a beautiful island to provide exquisite scenery. The main cast members are more than up to the swashbuckling and show themselves capable of carrying the darker, more dramatic moments. It seems a bit odd to put such a show on Fridays, but it offers a bit of pure entertainment, and that might help it survive TV’s dead zone. While there will undoubtedly be a certain amount of continuity, I suspect that we will be able to watch individual episodes without having to know every little detail of what has gone before – which also makes it easy to enjoy.