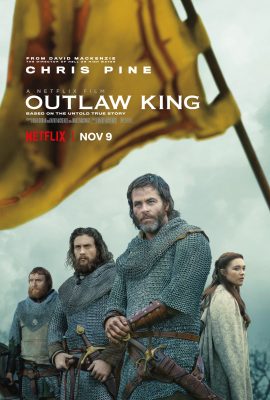 END_OF_DOCUMENT_TOKEN_TO_BE_REPLACED

Directed by Hell and High Water’s David Mackenzie, Outlaw King will have its World Premiere as opening film for the Toronto International Film Festival before premiering globally on Netflix on November 9th.

END_OF_DOCUMENT_TOKEN_TO_BE_REPLACED

Netflix’s historical dram, Outlaw King – about the legendary King of Scotland, Robert The Bruce – has begun production in Scotland.