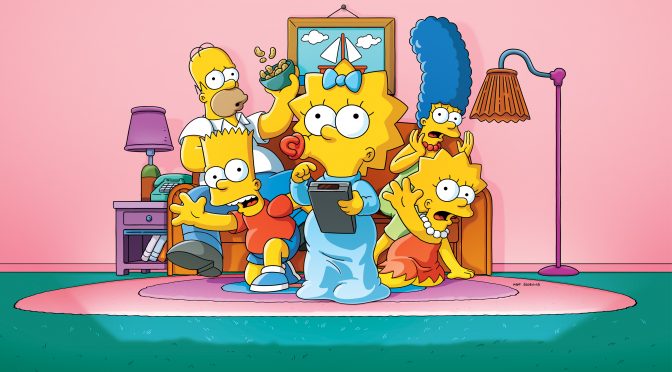 END_OF_DOCUMENT_TOKEN_TO_BE_REPLACED

Matt Groening’s not-quite-epic fantasy series Disenchantment has been renewed – with new episodes to be released in 2019, 200 and 2021.

Check out the announcement video below.

END_OF_DOCUMENT_TOKEN_TO_BE_REPLACED 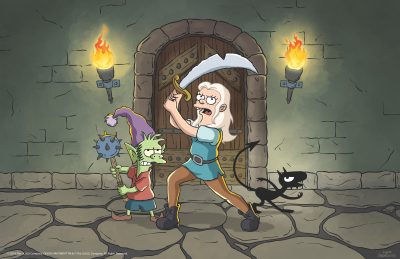 All you really need to know about Disenchantment is that Matt Groening is taking on epic fantasy in a medieval setting – that means the skewering of everything from Tolkien to Game of Thrones (as well as anything else he feels like targeting).

END_OF_DOCUMENT_TOKEN_TO_BE_REPLACED

In Disenchantment, viewers will be whisked away to the crumbling medieval kingdom of Dreamland, where they will follow the misadventures of hard-drinking young princess Bean, her feisty elf companion Elfo, and her personal demon Luci.

END_OF_DOCUMENT_TOKEN_TO_BE_REPLACED 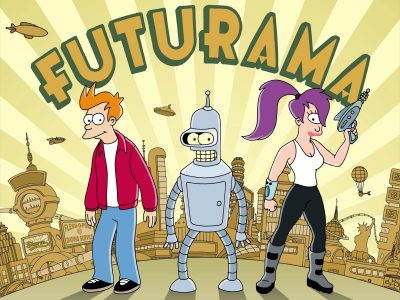 Futurama will make its debut  beginning Saturday, November 11, with the series airing regularly in primetime on Mondays and Tuesdays (8/7C) and on Saturday mornings (8am/7amC).

END_OF_DOCUMENT_TOKEN_TO_BE_REPLACED 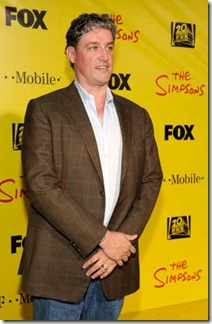 The Simpsons [Fox, Sundays, 8/7C] airs its 500th episode Sunday. That’s a lot of detentions and lines for The Bartman. The show has spawned comics, a movie and even a dance [do The Bartman]. It also has another distinction – its showrunner, Al Jean, has been with the show – albeit not always as showrunner – for its entire run!

Earlier this week, Jean talked with a group of bloggers/journalists about The Simpsons’ longevity.

END_OF_DOCUMENT_TOKEN_TO_BE_REPLACED

Remember how Futurama got cancelled back in 2006 and Comedy Central bought the rights to air the original seventy-two episodes, beginning in 2008? Remember how the show’s ratings on CC were little short of magical? And how the show’s DVD sales were way up there? And how news was that there would be new eps?

Well, 20th Century Fox Television has come through and now Comedy Central is bringing twelve new eps of Futurama to cable. The politically incorrect Matt Groening series – for my money, one of the best sci-fi series on TV – will begin its new season on June 24th, 2010, at 10/9C.

Kiss my shiny metallic a$$, indeed!