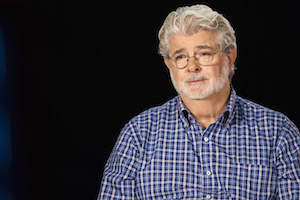 Following the Lucas appearance on A Night at the Movies, TCM will roll out a lineup of classic genre fare that includes the original 1947 The Secret Life of Walter Mitty, starring Danny Kaye, The Seven Faces of Dr. Lao (1964), The Thief of Baghdad (1940) and The 7th Voyage of Sinbad (1958). For more, follow the jump.