Josh Holloway returns to series television this fall in what might just be an alien invasion series for USA Network, Colony. I say ‘might be’ because it’s never explicitly stated that the occupiers of Los Angeles are aliens.

In an occupied Los Angeles, Holloway plays a husband and father who must collaborate with the occupiers to keep his family safe – despite wanting to resist them.

Colony’s first trailer is now available and it looks like a tense  ride. Check it out after the jump.

END_OF_DOCUMENT_TOKEN_TO_BE_REPLACED 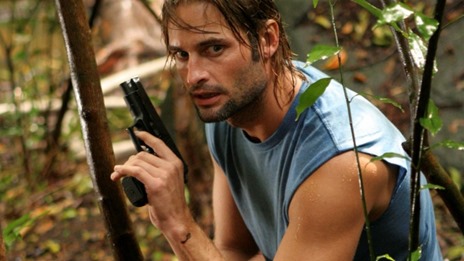 Holloway stars as Gabriel, an intelligence operative with a super-computer microchip in his brain that connects him to the global information grid. Helgenberger plays Lillian Strand, head of the cyber-security agency for which Gabriel works. Michele Ory is Riley Neal, Gabriel’s handler/babysitter who must try to protect him from outside threats as well as his own recklessness. For more, check out the press release after the jump.