Annie is a fat young woman who wants to change her life — but not her body. Annie is trying to start her career while juggling bad boyfriends, a sick parent, and a perfectionist boss.

Shrill will premiere on Hulu on March 15th. Check out the teaser below.

END_OF_DOCUMENT_TOKEN_TO_BE_REPLACED 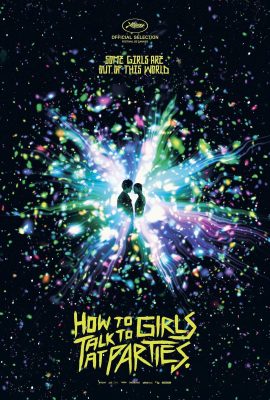 How To Talk To Girls At Parties has its first trailer and it’s a mind-bending exercise in boy-meets-alien-girl fun.

How To Talk To Girls At Parties opens on May 18th.

END_OF_DOCUMENT_TOKEN_TO_BE_REPLACED

Becca and Howie Corbett (NICOLE KIDMAN and AARON ECKHART) are returning to their everyday existence in the wake of a shocking, sudden loss. Just eight months ago, they were a happy suburban family with everything they wanted. Now, they are caught in a maze of memory, longing, guilt, recrimination, sarcasm and tightly controlled rage from which they cannot escape. While Becca finds pain in the familiar, Howie finds comfort.

The shifts come in abrupt, unforeseen moments. Becca hesitantly opens up to her opinionated, loving mother (DIANNE WIEST) and secretly reaches out to the teenager involved in the accident that changed everything (MILES TELLER); while Howie lashes out and imagines solace with another woman (SANDRA OH). Yet, as off track as they are, the couple keeps trying to find their way back to a life that still holds the potential for beauty, laughter and happiness. The resulting journey is an intimate glimpse into two people learning to re-engage with each other and a world that has been tilted off its axis.