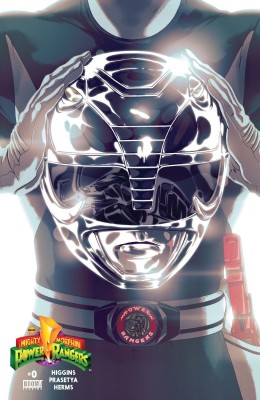 Through more than twenty-two seasons, Saban’s Mighty Morphin Power Rangers have been entertaining kids of all ages as they’ve morphed into entirely different teams fighting new and peculiar foes.

BOOM! Studios is partnering with Saban Brands to launch new adventures of the original team – the first Mighty Morphin Powers Rangers: Jason the Red Ranger, Zack the Black Ranger, Trini the Yellow Ranger, Billy the Blue Ranger and Kimberly the Pink Ranger along with later addition, Tommy the Green Ranger – in their own comics title.

Mighty Morphin Power Rangers #0 will be in stores on January 13, 2016. Orders are being taken until December 21st. Follow the jump for details.