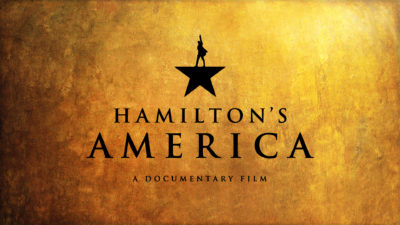 Hamilton’s America – a comprehensive documentary that delves into the making of Lin-Manuel Miranda’s hit Broadway play and the hostory behind it – is coming to PBS’ Great Performances on October 15th as the season premiere of the network’s annual Arts Fall Festival.

END_OF_DOCUMENT_TOKEN_TO_BE_REPLACED

Hamilton is one of the biggest hits of the year on Broadway – a musical based on the life of United States Founding Father Alexander Hamilton. The show that is redefining how audiences learn about history–a history rife with issues as relevant today as they were during Hamilton’s era.

In Fall 2016, PBS’ Great Performances will air Hamilton’s America – a behind-the-scenes look at this unique play as part of PBS Arts. It will contain interviews with experts, new footage of the NYC production and expeditions to DC, Philadelphia and New York – led by the cast. For further details, follow the jump.