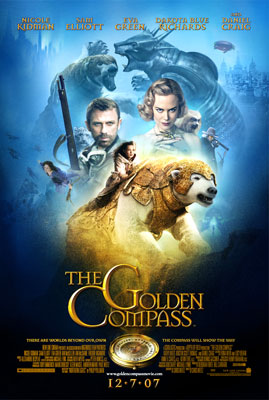 Imagine a world, much like our but with some significant differences… a world where people’s souls were not contained within them, but beside them – in the form of animals, called daemons, that represented not just the type of person they were, but also their other side [men would have female daemons; women would have male daemons]. Philip Pullman’s His Dark Materials Trilogy is set in such a world and this unique yin and yang is but one of many aspects of the novels that Chris Weitz’s film adaptation does well.