New shows include: Apple & Onion, Craig of the Creek, Summer Camp Island, OK K.O.! Let’s Be Heroes, Anew take on Ben 10, and Cloudy with a Chance of Meatballs.

END_OF_DOCUMENT_TOKEN_TO_BE_REPLACED 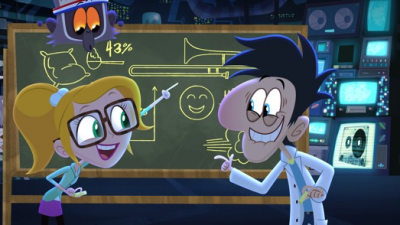 When 2009’s Cloudy with a Chance of Meatballs became a hit – and the sequel also did really well, there was talk of turning the property into an animated TV series – and so it has been.

The Cloudy with a Chance of Meatballs series takes place before giant food rains down on Swallow Falls. Sardines are still the driving force behind the town’s booming economy. Favorite character Flint Lockwood returns as a teenager trying to change the world one invention at a time.

Cloudy with a Chance of Meatballs will premiere on Cartoon Network on Monday, March 6th 95:30/4:30C).