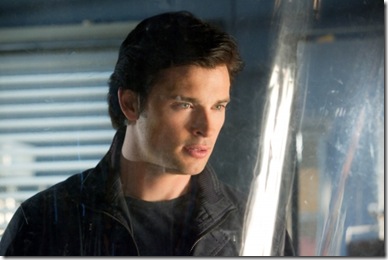 END_OF_DOCUMENT_TOKEN_TO_BE_REPLACED

Secret Diary of a Call Girl [Showtime, Sundays, 10:30/9:30C] may be best known as the television program that helped Billie Piper escape the stereotyping that could have followed her from two seasons as The Doctor’s most popular companion ever on Doctor Who, but it is also a charmingly oddball look at the oldest profession as seen through the eyes of Belle/Hannah [Piper], a high-end, independent call girl.

This season finds Hannah attending a christening as godmother, and having to deal with the prospect of being the featured prostitute in a political scandal; considering cosmetic surgery, and trying to figure out a way to have a real relationship without leaving the profession. The potential relationship thing begins with Belle picking up a guy named Alex [Callum Blue, Dead Like Me], thinking he’s a client, and then being unable to stop thinking about him. This is complicated by a would-be call girl named Bambi [Ashley Madekwe] who picks Belle’s mind for pointers – and steals one of her clients, with near disastrous results.

Season Two of Secrets of a Call Girl is pretty much what you might expect if you saw Season One. Belle’s clients are the source of some humor – as well as some drama, and her personal life, her real life, continues to intrude on her professional one in ways that make her think about changing her line of work. The writing is mostly frothy, but occasionally darker, with the result that we can laugh, cry, shudder and, occasionally, cringe as we watch.

The characters continue to be drawn well enough for us to care about at least a few of them. Blue’s Alex is awkwardly charming; Madekwe’s Bambi is an innocent who thinks she isn’t, and there’s always ex-boyfriend Ben [Iddo Goldberg] to call Hannah on her BS [being the only person from her real life who knows about her profession].