END_OF_DOCUMENT_TOKEN_TO_BE_REPLACED

One was reaching for the stars; the other was searching for her past.

The Chaperone opens in select theaters in New York on March 29 and Los Angeles on April 5; national expansion in April and May

END_OF_DOCUMENT_TOKEN_TO_BE_REPLACED 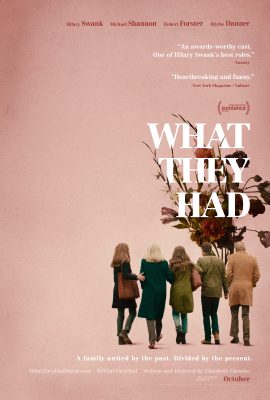 From first-time writer/director Elizabeth Chomko, What They Had centers on a family in crisis. Bridget (Hilary Swank) returns home to Chicago at her brother’s (Michael Shannon) urging to deal with her ailing mother (Blythe Danner) and her father’s (Robert Forster) reluctance to let go of their life together.

What They Had will be in select theaters on October 12th.

END_OF_DOCUMENT_TOKEN_TO_BE_REPLACED 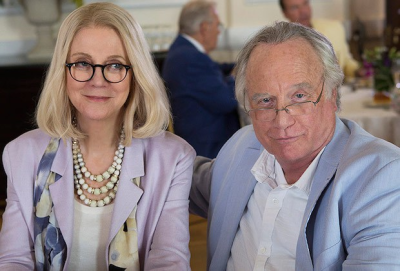 Madoff, a two-night miniseries event for ABC, will premiere during the February sweeps period.

The miniseries tells the story of the man behind the largest financial scam in U.S. history, Bernie Madoff. The miniseries stars Oscar®-winning actor Richard Dreyfuss as Madoff and Emmy® and Tony4-winner Blythe Danner as his wife, Ruth.