It could have been a pedestrian thriller by committed performances by Dylan O’Brien, Michael Keaton and Taylor Kitsch – and a very grounded script (and muscular direction) keep it from descending to that level.

END_OF_DOCUMENT_TOKEN_TO_BE_REPLACED

There’s some new footage and the effect is even more intense than the first trailer.

END_OF_DOCUMENT_TOKEN_TO_BE_REPLACED

The new red band trailer for American Assassin sure looks like CBS Films and Lionsgate are hoping it will become a franchise (it is based on a series of novels by Vince Flynn).

If the movie is half as good as the trailer, there’s a very good chance it will be.

American Assassin will be in theaters on September 15th.

END_OF_DOCUMENT_TOKEN_TO_BE_REPLACED 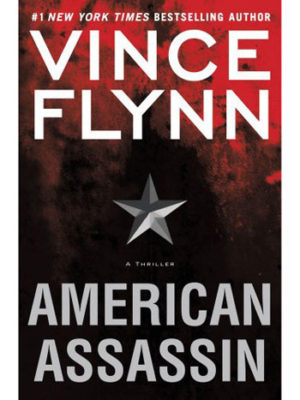 CBS Films is adapting the novel as the first in a potential series. American Assassin stars Dylan O’Brien (The Maze Runner) as Mitch Rapp and Michael Keaton as his handler, Stan Hurley.

Directed by Michael Cuesta, American Assassin is now filming in Europe. CBS Films has just released the first photo of O’Brien as Mitch Rapp. Check it out after the break.