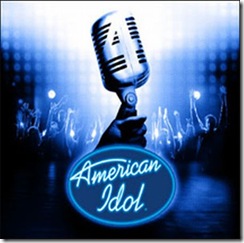 Ok, I’ve always suspected Idol was rigged but this year it just feels so blatant, what with the Judges save scam, the Judges wild card round earlier this season and all of the Judges cheerleading and prodding to get the final two that they want Adam Vs. Danny and it seems like the votes are suspiciously giving the results they want. Everything feels scripted, where are the surprises this year? I really wanted the audience to give a big FU to the Judges and give Adam and Gokey the boot this week. How priceless would that have been? To have their Judges save scam backfire on them?  But I’m officially through, there is no theme week that will get me interested again. I think they are all terrible and act like they are going to a funeral with their lame ballads. As someone on another blog said, what’s the point of having a Theme week if they don’t force the artist to sing in that particular style. But then the Judges encourage the contestants to “make the song their own,” which is good in theory but do we really need to hear Disco classics turned in luke-warm elevator and karaoke music? My only hope is that the old adage – “be careful what you wish for,” comes back and bite the Judges on the butt. I can’t see this crew having a successful Idol Tour and I can’t see any of these people having a successful career beyond maybe an initial top 10 debut hit. Remember last year when they hyped and pimped David Archuletta to the finals? Or how they snubbed Taylor Hicks for Katherine McPhee? Look how well that worked out. But that’s it, I’m officially done with Idol this year.