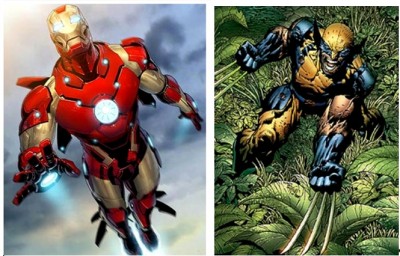 This summer, G4 and Marvel team up to bring fans a whole new way to see their favorite Super Heroes with the premiere of two original Marvel anime series, “Iron Man” and “Wolverine.” The eagerly anticipated series will air exclusively on G4 with twelve half-hour weekly episodes that include interconnecting storylines and cameo appearances by several popular Marvel characters. G4 viewers can be part of all the action when “Iron Man” premieres on Friday July 29th at 11pm ET/PT followed by “Wolverine” at 11:30pm ET/PT and will air weekly Fridays from 11:00-Midnight ET/PT. With epic battles, action-packed storylines and mind-blowing animation, these series star some of the most popular Super Hero comic book characters of all time. And for more intense action, two new Marvel anime series—X-Men and Blade—will premiere later this year, exclusively on G4.

“Iron Man” – In an effort to make amends for his past in weapons manufacturing, Tony Stark has dedicated himself to building the world up rather than tearing it down. Traveling to Japan to build a new arc reactor that will deliver unlimited free energy to the Japanese people, Stark is challenged by the Japanese government and the media when he attempts to import the necessary nuclear priming device.  When the nuclear reactor is repeatedly attacked by the mysterious Zodiac consortium, Stark must gather his allies to take on Zodiac and its mastermind.

“Wolverine” – Based on the popular graphic novel by Chris Claremont and Frank Miller, the series begins when Mariko, the love of Logan’s life, is forced back to Japan by her crime-lord father, Shingen. Logan vows to get her back at any cost. He is plunged into a chaotic world of corruption and violence, forcing him to team up with young assassin, Yukio, to battle their way through the Japanese criminal underworld.

For more information, visit http://www.g4tv.com/marvel  Marvel Entertainment, a subsidiary of The Walt Disney Company, is one of the world’s most prominent character-based entertainment companies, built on a proven library of over 8,000 characters featured in a variety of media over seventy years.  http://www.marvel.com/