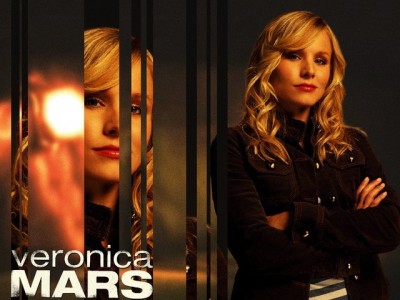 I have a certain stylistic rules I adhere to when writing film critiques—for example, I do not write from the first-person perspective. But, because Veronica Mars wonderfully, and refreshingly, breaks most rules of film making and execution, I have decided to break my own rules in order to give the film the review it deserves.
Reviewing film, or any medium for that matter, requires two elements: a standard for evaluation, and an objective perspective. On the second point, because movies provide such a visceral experience, it is often difficult for a reviewer to differentiate between the positives and negatives of a piece of cinema and their own personal preferences for what they enjoy in a film.

With that in mind, my personal standard for evaluation has two core components. First, how does the film compare to other similar projects, such as other movies in the same sub-genre (i.e. historical drama, romantic comedy, slasher, etc.)? Second, does the film succeed at accomplishing what its intended purpose was? Veronica Mars, in this regard, is a unique and extremely important film because not only does it not have any films to compare it to, but it also delivers on its sole purpose: to entertain a loyal fan-base as gratitude for their unwavering support.

For some personal background, I wouldn’t dare label myself as a Marshmallow, the endearing title of true Veronica Mars fans. This is not because I do not have the utmost respect for their passion, but rather, because I have only seen the first season of the series, I am merely, and humbly, unworthy of the title. Through the help of many friends, I learned as much as I could about the characters, plot lines, and story arcs before viewing the feature film, which picks up ten years after the events of the series’ abrupt conclusion in 2007. Going in, I assumed Veronica Mars would be akin to what writer/director Joss Whedon attempted with his movie, Serenity, which attempted to both bring finality to his short-lived series, Firefly, as well as serve as a standalone film which could appeal to individuals who never seen a single episode of the show. With Veronica Mars, writer/director Rob Thomas may have pitched his film in a similar fashion to Warner Bros. to receive further financial backing for distribution, but that is not what he ended up creating. Make no mistake, Veronica Mars is for Marshmallows. 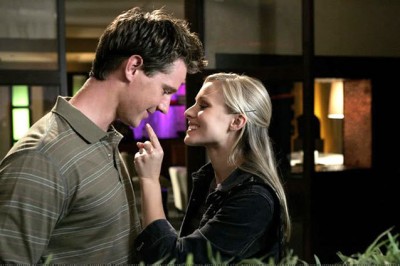 And why shouldn’t it be? Here are the reasons Veronica Mars, the film, exists—fans, the dedicated cast and crew, fans, and the fans. Rob Thomas loves the universe he has created, and he loves sharing it with the people who hold a similar passion. It would have been easy to create a film that would likely appeal to a wider audience, in an attempt to cultivate more revenue, but Thomas avoided that path completely and has made a movie for the real people who funded it: the 91,585 Kickstarter members who donated over 5.7 million dollars to bring it to the big screen. Furthermore, not only is it impressive that Thomas stayed just as loyal to the fan base as they have to Veronica Mars, but also that his final product is fantastically entertaining and gives those fans not just the film they wanted, but a film they will love.

When I spoke with Enrico Colantoni, who plays Keith Mars, Veronica’s father, at the World Premiere, he noted that people will want to watch Veronica Mars several times because they will be unable to pick up all the references on a single viewing. He is right, for two reasons. First, nearly every piece of dialogue, every setting, even every wardrobe choice references back to some element from the series, and those elements range from large plot arcs to minute details. To borrow an often used moniker, Thomas has essentially created the world’s largest cinematic Easter egg hunt. Colantoni was also correct, however, because when people watch Veronica Mars with fellow fans, the continuous laughter will undoubtedly drown out several moments of the film’s sharp pace.

At this point, I wish to make two predictions. First, Veronica Mars will not have what many might call a successful box office performance. This is due both to the narrow audience the film aims to please, as well as the ridiculously inflationary state of cinema in general which has set absurd standards based upon variables not conducive to all films (i.e. IMAX, 3D, etc.). Second, many critics will negatively review for Veronica Mars, attacking it for all the reasons that it is great, which I have intentionally only mentioned in broad strokes. 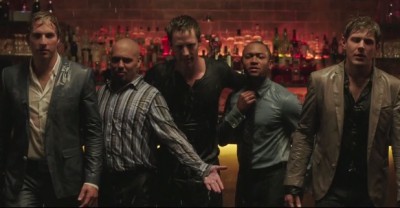 if you’ve read this far, you may note that I haven’t mentioned anything about what the plot narrative/mystery entails, who appears in the movie along with the quality of their performances, and what other specific details about the film I enjoyed. This is completely purposeful. Film reviewers, whether they explicitly state it or not, are asking their readers to trust them on their opinions. I wish to take this opportunity to be blunt and direct: Fans of Veronica Mars, go out and enjoy this fantastic piece of entertainment. I have a very good sense for the film you were hoping for, and with that in mind, you will not be disappointed as Rob Thomas, and the entire cast, have done absolutely incredible work to bring you a film you will love.

As Veronica Mars the film is for the fans, so too I have tried to write this review to them as well, in an attempt to answer questions, address possible concerns, and spoil as very little as possible. To those individuals who only have little to no cursory knowledge of the series, I would never discourage you from at least giving this a chance (as you should anything), but realize that without some prior knowledge, much of the film may be prove confusing or drab. My recommendation in that instance is to give Veronica Mars a series a go, then decide if it is for you.

Overall: Veronica Mars is an important film, and truly could prove to be the pioneer in a changing world of cinema, one in which the audiences have a larger investment and responsibility in the creation of movies. If this proves to be true, Veronica Mars is already the gold standard.