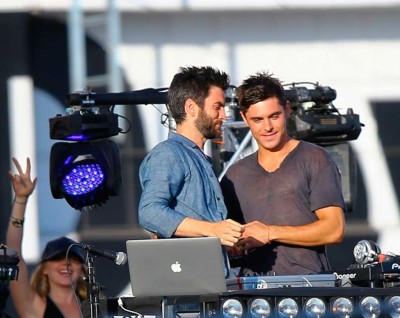 We Are Your Friends is a rags to (almost) riches tale of a young DJ who stumbles into the mentorship of a once great DJ and falls in love with his girlfriend – all while trying to maintain a loyalty to a very Entourage-ish group of far less cool friends.

Despite hitting many of the notes we’ve seen in other movies, WAYF works because it comes from a genuinely heartfelt and sincere place – and the cast commits to that.

Cole (Zac Efron) is the wannabe DJ. He and his entourage – the self-proclaimed cool one, Mason (Johnny Weston); the wannabe actor, Ollie (Shiloh Fernandez), and the thinker, Squirrel (Alex Shaffer) – promote shows for an EDM (Electronic Dance Music) club called Society, getting paid on the basis of paid admissions. Cole and Mason live in Mason’s dad’s house; the others live at home – but it’s still a struggle. 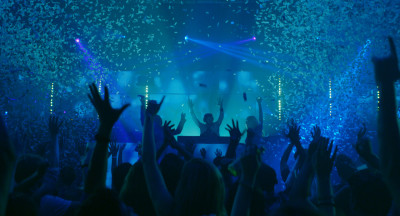 One Thursday night at Society, Cole attempts to chat up Sophie (Emily Ratajkowski) and winds up meeting her boyfriend, James (Wes Bentley) – who takes a mentorly interest in him (though their rapidly developing bromance’s origin point and motivation isn’t sufficiently developed, thus coming off a bit skeevy at first.

James is an EDM legend, but as Cole tells him at one point, now he’s giving people what they want and collecting cheques. Fortunately, that comes after Cole has begun to learn from James and is given a chance to escort Sophie to Vegas for an EDM event. Their actions there compromise their relationships with James.

In the meantime, the four best buds are also working part-time for an unscrupulous real estate guy (Jon Bernthal) and making some decent money at the expense of people losing their homes to foreclosure. Bernthal shines as the weasel. 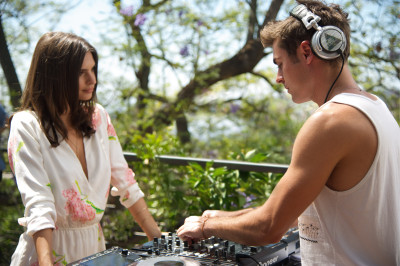 While Cole deals with his dislike of the real estate gig, Sophie leaves James to work in the Valley – in an organic coffee house.

There also comes a point where tragedy causes Cole to re-examine his life in the context of Squirrel’s question, ‘Are we ever going to be better than this?’ It comes as no surprise when the entourage falls apart.

After his falling out with James, Cole tries to make things right – going to James’ place to apologize. He also takes some of James’ earlier advice about using sounds that are real and honest and begins to record stuff he encounters every day – his breathing while jogging; a zipper opening and closing; a nail gun, and so on.

When he begins to build something he feels might worthwhile, he calls James and, well, this leads to the (almost) riches part.

So, there are all kinds of familiar story beats to We Are Your Friends. What makes it feels fresh are the performances and the music. In fact, one of the best parts is a mini-tutorial on the various types of EDM and the explanation of how Cole gets an indifferent audience to get moving. 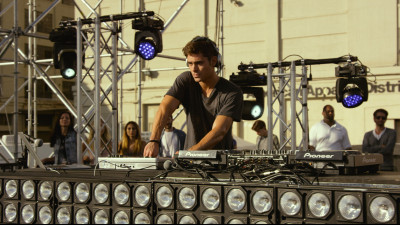 Efron continues to grow as an actor – his Cole goes through a lot and, familiar plot points or not, he does travel an emotional journey that he makes entirely believable. Bentley’s James is elegantly and quietly debauched and – until Cole trips up – very pleased with himself.

Ratajkowski is a bit of a surprise here. She’s left modeling to act, but before WAYF, she’d had little to do but pout and look beautiful. Here, she shines as a Stanford dropout whose life has not gone the way she wanted. She underplays Sophie just enough that when serious emotion bubbles to the surface, it has an impact.

Director/co-writer Max Joseph brings what should have been just another musical rags to riches story some unexpected life by using a capable cast and letting the music infect its audience. WAYF has a great beat and you can dance to it – everything else is gravy.