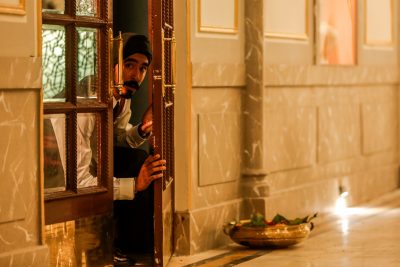 Hotel Mumbai recounts the true story of humanity and heroism during the 2008 siege of the famed Taj Hotel by a group of terrorists in Mumbai, India.

In a new featurette, director Anthony Maras and members of the film’s cast talk about making sure they got it right for those who lived through that experience.

A gripping true story of humanity and heroism, HOTEL MUMBAI vividly recounts the 2008 siege of the famed Taj Hotel by a group of terrorists in Mumbai, India. Among the dedicated hotel staff is the renowned chef Hemant Oberoi (Anupam Kher) and a waiter (Academy Award-Nominee Dev Patel, Slumdog Millionaire) who choose to risk their lives to protect their guests. As the world watches on, a desperate couple (Armie Hammer, Call Me By Your Name and Nazanin Boniadi, “Homeland”) is forced to make unthinkable sacrifices to protect their newborn child.