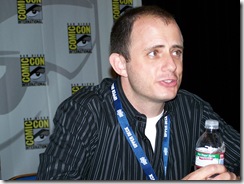 In this past Thursday’s episode of Supernatural titled Yellow Fever, Dean Winchester (Jensen Ackles) was infected with something called Ghost Sickness. In an exchange between Dean and his brother Sam Winchester (Jared Padalecki) a comment was made by Sam that the others who had died from this were considered ‘real dicks’. Dean responds ‘so I’m a dick’?

“So I’ve never before responded directly to the fandom’s comments about an episode, and I don’t plan to make a habit of it, but I couldn’t resist dropping in a thought about the episode “Yellow Fever.”
Which is this:

Dean is not a dick. 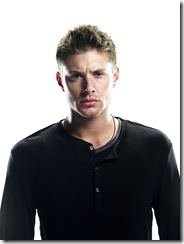 None of the writers, or anyone on the creative team of Supernatural, think Dean’s ever been a dick, past, present, or future.  He’s a hero.  Dean did NOT contract the ghost sickness because he’s a dick.

Victims contract the illness because they use “fear as a weapon.”  Dean asks Lilith at the episode’s end, “why did I get infected?”  And she cryptically responds, “you know why.  Listen to your heart.”

We, as the writers, probably should have emphasized this mystery more, I take responsibility for that omission.  But the point is: the reason he was infected is because of a SECRET he’s keeping.  A dark secret that will be revealed in Episode 10.  And not at all because of any dickishness, implied or otherwise.