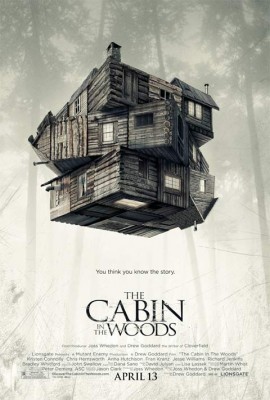 Cult favorites Joss Whedon and Drew Goddard seek to turn the Horror Genre on its head with its multi-genre bending The Cabin In the Woods. The movie borrows humor and supernatural elements from Buffy The Vampire Slayer, several cups of pseudo hipster (meta) awareness, and a pinch of horror from Wrong Turn (a full rip off); throw the concoction into a blender to see what comes out.

END_OF_DOCUMENT_TOKEN_TO_BE_REPLACED 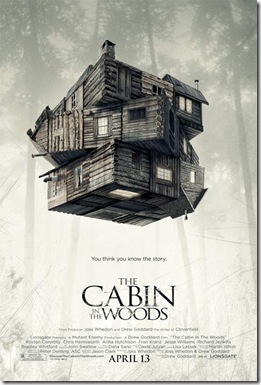 Thanks to MGM’s long-running, now ended, financial worries, The Cabin In The Woods – co-written by Joss Whedon [Avengers] and Drew Goddard and directed by Goddard [Cloverfield, Let Me In] – had been gathering dust for quite a while. Now that things have settled, the much anticipated horror film has an April 13, 3012 release – and the first trailer has been released.