Here’s the scoop. I see SCRUBS [Tuesday, 9/8C] as a new show [a lot of you are aware that I tried to re-title it]. I wanted to send these episodes out so you could see them ahead of time. 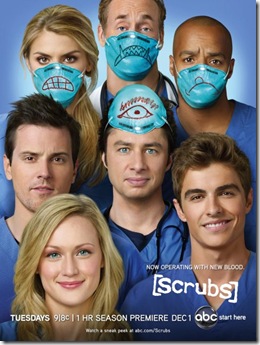 I think the new cast members are great and getting better each week [seriously, even if this show goes away I will take as much credit as possible for finding them even though I did nothing]. I also feel like this is a new enough world [and school] that it’s not just a retread or death march to the end. But I’ve been wrong before.

Either way, I’m prepared to take my lumps, because I’m proud of the quality of the work. If you hate it, and it makes you feel angry inside, feel free to crush me [it is my fault]. If, however, you find it tolerable or even pleasant, please give props to the cast and [new] writers. The bad is me. The good is them.

If I’m lucky, when you see the show [med school] will be chyroned on the title card to make it seem like we’re trying something new. If not, then I lost the fight.

So, how does the new Scrubs look? Very good, Bill, very good indeed!

END_OF_DOCUMENT_TOKEN_TO_BE_REPLACED

Reports are coming in from multiple sources, including the Los Angeles Times, that ABC has renewed the Nathan Fillion headlined mystery series Castle, as well as Scrubs [though it is unknown if and how many of the current cast will return] and Better Off Ted, which has a very Scrubs-like sensibility. All three shows have helped ABC continue its tradition of supporting programming that takes traditional ideas and gives them unorthodox spins. 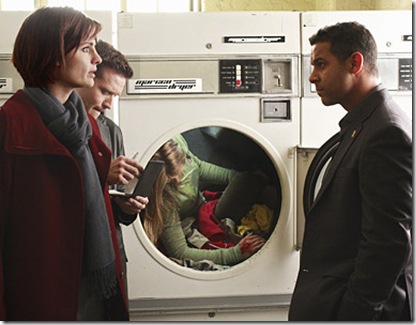