The culmination of the NFL season brought forth a bunch of new marketing for a whole host of big blockbuster films debuting in 2015. On this episode of GeekScholars Movie News, the hosts review, discuss, and debate the merits of several trailers. Hit the jump to find out which films are included on this episode. END_OF_DOCUMENT_TOKEN_TO_BE_REPLACED 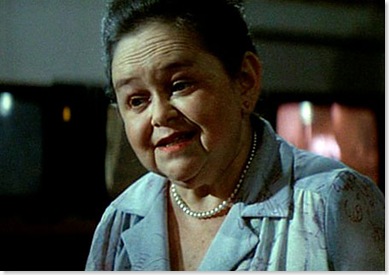 Actress Zelda Rubinstein, who is best known for her role as the psychic Tangina in the 1982 cult horror movie Poltergiest. has passed away at the age of 76.

Rubinstein, who had been hospitalized for major organ failure since mid December of 2009 had ongoing health issues according to her agent Her agent, Eric Stevens.  Stevens also confirmed to the media that the ailing actress passed away from natural causes at Barlow Respiratory Hospital in Los Angeles on Wednesday, January 27th, 2010.

Steven Spielberg’s Poltergiest was Zelda Rubinstein’s big break in Hollywood making her highly recognizable as the little lady who was tough on ghosts. She reprised her character of Tangina in Poltergiest II.

Friends who knew Rubinstein best say that she was at peace at her time of passing and that ‘the world has definitely lost someone special.”