National Geographic’s new limited series – Valley of the Boom – goes behind the scenes of three Silicon Valley stories you probably don’t know – how Netscape didn’t become the browser of the people; how theglobe.com set a record for the highest first-day price gain for a new stock offering in 1998, and how con man Michael Fenne founded Pixelon, a multimillion-dollar streaming video tech company – as a total con.

END_OF_DOCUMENT_TOKEN_TO_BE_REPLACED 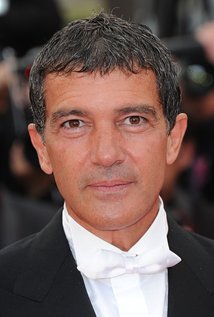 National Geographic’s second season of Genius will star Antonio Banderas as Pablo Picasso, one of the 20th century’s most influential and celebrated artists.

Banderas noted that Picasso has long fascinated him – ant just began they have the same hometown, Málaga.

The 10-episode second season of Genius will begin production in the fall – with an expected premiere in 2018.

END_OF_DOCUMENT_TOKEN_TO_BE_REPLACED 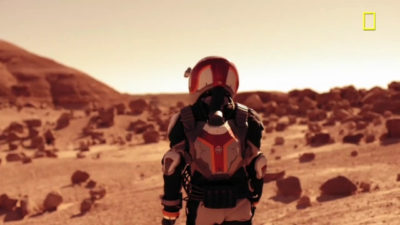 National Geographic’s Mars tells the story of the first mission to Mars through a fictional drama intercut with interviews of experts who talk about what colonizing Mars could mean for humanity.

Mars – produced by Brian Grazer and Ron Howard – will premiere in November. Check out the new trailer after the break.

END_OF_DOCUMENT_TOKEN_TO_BE_REPLACED

Originally debuting in 2007, “Locked Up Abroad” is a hit series on National Geographic that has attracted somewhat of a cult following. The show is currently in its sixth season, with new episodes airing each week. “Locked Up Abroad” is presented in documentary form and is based on true events. It appeals mainly to viewers interested in thrilling, if not terrifying, tales set in exotic locations.

During each episode of “Locked Up Abroad”, viewers watch a realistic reenactment of a true story in which a person was imprisoned or kidnapped while visiting a foreign country. Clips of the reenactment are broken up with commentary, as well as interviews with the story’s main characters. The show was originally released in the United Kingdom, where it was known as “Banged Up Abroad.”

The stories covered on “Locked Up Abroad” often involve drugs, cultural differences or simply a person who is in the wrong place at the wrong time. For example, in “Dangerous Liaisons,” principal character Stephen Comiskey traveled to Saudi Arabia to work as a nurse after coming out as a homosexual. Because homosexuality is forbidden under religious law, Saudi Arabian officials arrest Comiskey and put him in jail.

In another past episode, “Cocaine Mule Mom,” American citizen and mother Ruthie Lambert engages in drug trafficking to provide for her family. After successfully smuggling drugs out of Peru on numerous occasions, Lambert is captured and remanded to a South American prison.

Watching this program can teach viewers a lot about the dangers of making mistakes in foreign countries. Below are some of the most important lessons from “Locked Up Abroad.”

Though “Locked Up Abroad” isn’t for the faint of heart, for others it is a captivating program that highlights the perils of traveling unprepared, as well as the differences in international legal systems. New episodes air on Monday evenings at 10 PM EST. Enjoy!